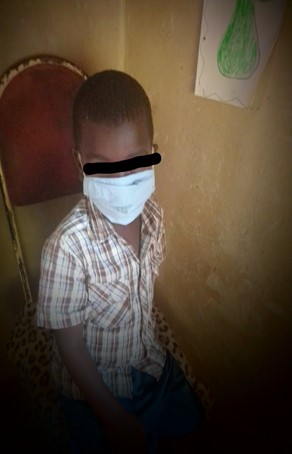 “My name is John. I live with my six (6) year old son, Farai in Manicaland Province, in Zimbabwe. I am a divorcee. In 2018 my son started developing persistent headaches and a sore right eye. I went to the local clinic and they referred us to Mutare Provincial Hospital where he was given pain medications, but there was no improvement. I was later referred to an eye specialist who after several tests referred me to Parirenyatwa Group of Hospitals, (Parirenyatwa) in Harare, Zimbabwe; as he suspected Farai had cancer of the eye.

“This was a major blow as I least expected this to happen to my son. 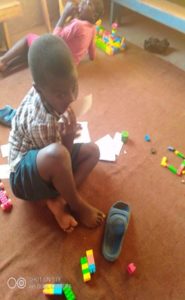 “I thought cancer is a disease for the elderly. At Parirenyatwa, the worst was confirmed, my son had stage two cancer of the right eye and they recommended several interventions including surgical removal of the affected eye. All this news ate me up. No one cared to sit down with me to explain this heavy load.

“The surgery was successful and after nine months we went back for an artificial eye. This was the beginning of my son’s problems. At that time, Farai was five years old and loved playing outside with other children. The children started shunning him and calling him names because of the artificial eye. At times the eye would fall off and the children would be frightened and run away. This was followed by isolation. Farai would go for days without going out to play. He started again to complain of headaches. I knew his condition was also stressing him as much as it was stressing me.

“I enrolled Farai at a local preschool and he faced the same problem, the children did not want to play with him when they noticed he had an artificial eye. ‘Wamwe wana wanga waakutorovha chikoro kutya mwana wangu,’ (Quoted in his vernacular Shona language, Manyika dialect); English translation – Other children were no longer coming to school because they were afraid of my son’s condition.

“His headaches continued and we visited the local clinic again. After a consultation with the clinic nurse, she referred us to Island Hospice & Healthcare (Island) for palliative care. We were warmly received at Island, Mutare Branch. The nurse fully assessed my son and took a detailed history. She attended to his headache after rating his pain. We both felt well supported. The Island team explained to me the importance of attending to reviews on time as the artificial eye gets smaller after some time and would slip off the socket hence scaring other children. All this information was important and no one had bothered to explain this to me. Unfortunately, I did not have enough money to pay for Island services but we received all the support and services we needed.

” The Island team started visiting us at home to assess Farai’s progress and provide support. I was surprised how they engaged my neighbours and my son’s preschool teachers through the Island Community Home-based Caregiver (CHBC), to educate them on Farai’s condition. The Island team educated the community especially my neighbours on how they could be our support system. They also engaged my son’s teacher and all the children at the preschool. The teachers were also taught how they can safely clean the eye and put it back in case it fell off. They have become a powerful support system for my son at school. 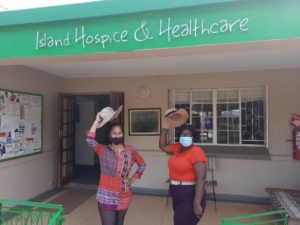 “Today I am proud to say Farai, lives a normal life despite living with a life threatening condition. He is pain free as he gets a constant supply of pain medications for his periodic headaches which doctors said are caused by the cancer. He is now well integrated into the community including the school because of Island interventions. His quality of life has been improved because of Island. Indeed Island is a place of rest.”

All children with palliative care needs require an individual package of care including variable components of both generic and specialist palliative care provided in a planned, coordinated, timely and flexible manner as directed by need.