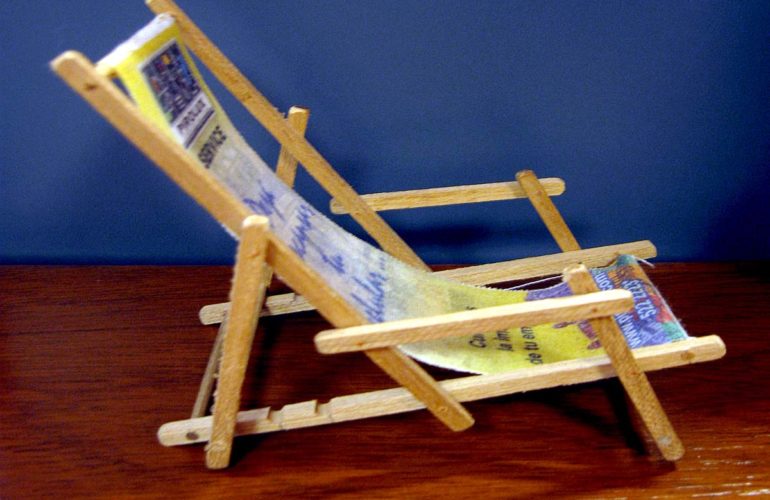 Honest and open communication is an essential element of good practice but can sometimes be challenging in the paediatric palliative care setting, according to Loh Ee Chin, MRCP, from the Unit of Palliative Medicine at University Malaya. In this study, Chin and fellow researchers from Malaysia, UK and Australia describe three separate cases where miniature chairs were used successfully to encourage communication among paediatric patients, family, and health care professionals. Their findings show how this ‘chair-inspired model’ served as a simple tool to facilitate complex discussions and to enable self-expression by the children.

Why use chairs?
The tool used was 12 miniature chairs made of various colours and materials. The idea to use chairs as a means of encouraging communication came from the thought that they are common and used regularly, particularly when the sick child has regained some sitting balance and postural strength. The researchers also reflected that chairs are applicable to everyone. We encounter and sit on different chairs from infancy to adulthood. The choice of chairs also differs according to our needs and purpose, our role or position, who we are with, and how we feel. They thought that the miniature chairs would allow the children to express choice and control while providing them opportunities to talk about significant events from certain times in their lives. They felt that by choosing a chair that holds some personal meaning, children will be indirectly offering some insight into their inner thoughts and feelings.

Case studies
The first case study involved a 15-year-old girl with advanced osteosarcoma of her right leg and lung metastases who was in a great deal of pain and showing signs of great distress. Her younger brother had drowned 6 years previously and her family had not spoken about him in an attempt to avoid bringing up hurtful memories. After sessions with the chairs facilitators were able to discover that she wanted some privacy and that she missed her brother and wanted to talk about him. Her distress was lessened when her family began to heed her wishes.

The second case involved an angry and withdrawn 10-year-old girl with biliary atresia and a poor prognosis. She was considered difficult by the staff and refused to talk, would scream loudly when approached and avoided eye contact with others. She was surprisingly willing to engage in discussion about the chairs and indicated that there was no chair for her to sit in as she was too unwell to sit. She chose a beach chair as the chair she would wish to sit in as this reminded her of a family holiday when she was very young. She also chose a three seated sofa where she wanted to be in a ‘normal’ situation with her family.

In the third case study, a 10-year-old girl with rhabdomyosarcoma and who constantly wanted her mother with her and would not choose any chair despite encouragement from the facilitator and her mother. Instead, she responded with anger, “I am unable to sit anymore. Don’t you know that I am dying?!” It was impossible for her to choose a chair for the present or the future. Her mother was shocked that she was aware of her illness course in spite of her efforts to shield her from the poor prognosis. The chairs enabled communication between this mother and child to share their true feelings with each other.

Conclusions
The authors conclude that this chair-inspired model could well serve as a tool to understand the inner thoughts of children regarding physical, psychosocial, or spiritual issues and prove to be effective in the paediatric palliative care setting. They could be used to improve communication between doctors, patients, and families and may help open a window to better understand a child and to facilitate discussion of psychosocial problems.