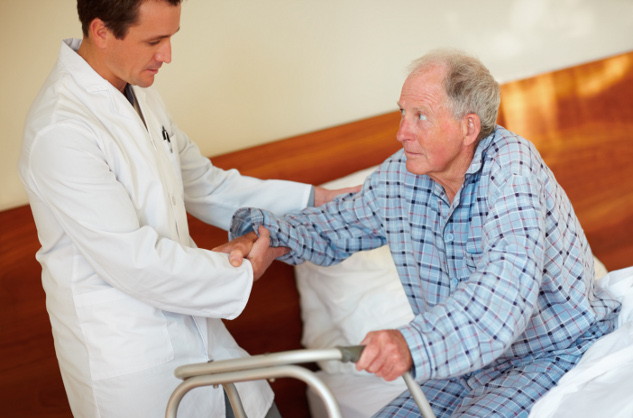 Antipsychotic medication typically used to treat patients with delirium may be ineffective at best and hasten death at worst, new research shows.

A world-first trial of patients with delirium in hospice and palliative care has found patients were better off taking no medication for delirium than taking either of the commonly prescribed antipsychotic medicines risperidone and haloperidol.

“We found that not only do the drugs not work, but they actually make people worse by prolonging their delirium,” said Professor Meera Agar, a palliative medicine physician in the UTS Centre for Cardiovascular and Chronic Care who led the study.

“Delirium for many people is preventable or at least treatable, yet these medicines are being widely used and that use is mostly inappropriate.

“There’s a huge concern that it increases mortality for people with dementia which is very worrying. This trial was not designed to determine links with mortality but given how many patients in hospital have delirium, many people are at risk.”

Professor Agar said the findings from the eight-year study are a call to action on one of the most common yet under-recognised emergency medical conditions. About one in 10 people have delirium when taken to hospital, and almost as many more will develop it while in hospital. This figure is even higher for people in palliative care.

Delirium is an acute condition which causes distressing changes in behaviour, communication and perception. People with delirium have an increased risk of death and falls and may not ever recover their cognitive function.

The study shows that identifying delirium early and treating the underlying causes reduces symptoms of distress better than an antipsychotic medication does. Simple things such as ensuring people wear their glasses and hearing aids, are regularly oriented to the hospital environment, are kept hydrated and well-nourished, and have enough sleep can prevent or better treat delirium in many people.

Professor David Currow from Flinders University, principal investigator for the Palliative Care Clinical Studies Collaborative (PaCCSC) which conducted the study, said the relatively small investment in running the trial will improve clinical care around the globe for decades to come.

“High-quality health care is built on the use of the best possible clinical data, yet long-used methods for managing delirium have never before been objectively assessed,” said Professor Currow.

“Through the collaborative efforts of clinicians and researchers across the country, we have now found that the practices used to treat people with delirium are causing more harm than good.”

The findings echo the Delirium Clinical Care Standard of the Australian Commission of Safety and Quality in Health Care, released in July 2016, which is aimed at ensuring effective treatment for people with delirium and rapid identification of people are risk, to prevent it occurring whenever possible.

Professor Gideon Caplan, of the Australasian Delirium Association and an investigator on the study, said the breakthrough finding on mortality is a huge contribution to global knowledge of how to treat delirium.

“It is critically important that we understand the message of this research,” Dr Caplan said.

“In the complete absence of any safe, effective medicine for treating delirium, this study underscores the central role of excellent nursing care and other methods for managing the condition.

“At the same time, there is now an urgent need to find new, safe, effective treatments for delirium.”

Meg Brassil, a consumer representative with the Palliative Care Clinical Studies Collaborative, became a palliative care advocate after the death of her son from leukaemia at age 20.

“The essence of palliative care is a combination of kind personal care, timely access to the best possible symptom management and inclusion of those dear to the dying person. Witnessing poorly managed symptoms is the greatest cause of distress for the patient’s family and carers,” said Ms Brassil.

The study, Oral risperidone, haloperidol or placebo for delirium symptoms in palliative care, is published in JAMA Internal Medicine