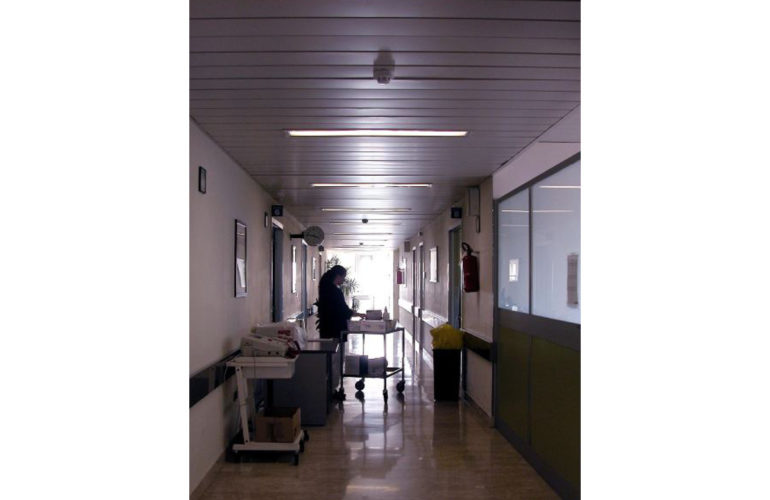 Nurses play a vital part in the care of the millions of children around with world living with life-limiting and life-threatening conditions. This International Nurses Day, a few special nurses shared their most memorable stories of the children they cared for.

Iryna Zuyeva who has been working in the Belarusian Children’s Hospice since 2011, shared her most memoriable story of Zhenya who was diagnosed with Spinal Amyotrophic Syndrome Type I at the age of 2 months.

I was deeply impressed with one of our children whose name was Zhenya. She was the second child in the family. At the age of two onths, she became our patient.

She was suffering from a severe terminal disease called spinal amyotrophic syndrome Type I. In long term and with mother’s permission, it was agreed the child would start receiving artificial lung ventilation with tracheostomy and gastrostomy.

However, after long thought, Zhenya’s mother made a very hard and brave decision to reject lung ventilation and different surgeries in order to limit her daughter’s suffering.

I remember Zhenya had amazing deep eyes which showed that she understood everything, otherwise she would have to suffer through several operations, contractions and other distressing complications before her death.

Zhenya lived for 6 months and passed away peacefully. I’m glad that we did everything to make her leave this world without pain and suffering.

Lyudmila Tsyganova shares her experience: I have worked for the Belarusian Children’s Hospice for more than 20 years and remember each child that I worked with, each of them left a mark in my heart.

I especially remember a girl called Olga. She was 15 years old and had a cancerous brain tumour. I remember that she had frequent nasal bleeding and her parents asked me for help instead of calling for an ambulance.

The girl was unique, she had a special talent of bringing people together, specifically her relatives, friends and neighbours.

She was very kind and sociable. Even though her parents were divorced, they forgot about their differences when she was around. Her grandfather who often abused alcohol didn’t drink when Olga was around.

I also remember another girl Polina, she was 16, and also had brain tumour. She was a very nice girl and loved her parents a lot. Before her death she asked her parents to buy small presents for all her friends – that was very touching.

Valentina Maslova, who has been working in the Belarusian Children’s Hospice since 2013, shared her memory of Natalia: One child and her family made a big impact on me. Natalia was 17 and she had Ewing Sarcoma.

The girl lived with an adopted family. She was taken away from her mother who had a history of alcohol abuse.

I was impressed at how Natalia’s adoptive mother took care of her till the very end, even though it was very difficult.

Natalia also dreamed of wearing earrings. She had her ears pierced but one ear became allergic to the earrings and the doctors decided to take one of her earrings off. Natalia left the other earring on until her death.

Read the full article on the International Children’s edition of ehospice.