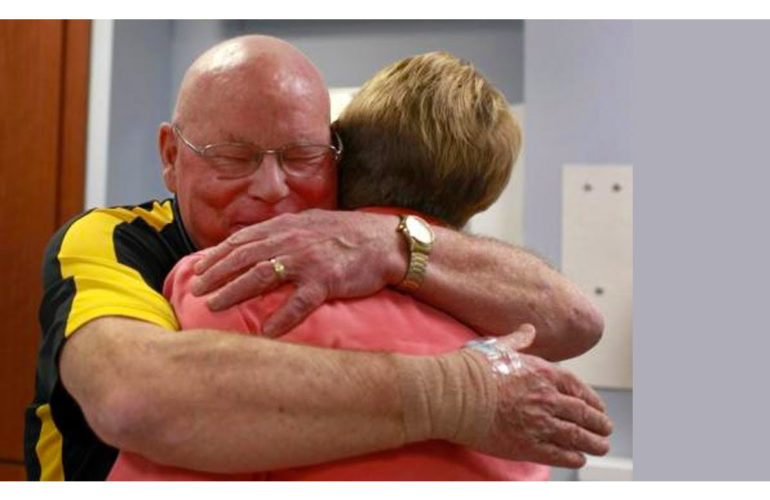 David was diagnosed with stage four nasopharyngeal cancer which, by the time of his diagnosis in 2011, had metastasised to his lymph glands and bones.

In his blog he shares his experiences and insights along the way and, joined by his wife, Debbie, uses what might have been seen as a catastrophe, as an opportunity to share with and educate others.

In recognition of their success in this venture, it was recently announced that David and Debbie will both receive the American Academy of Hospice and Palliative Medicine (AAHPM) Project on Death In America Palliative Medicine Community Leadership Award at the 2015 AAHPM / HPNA Annual Assembly on Thursday, 26 February 2015.

Speaking in an interview for the website, Geripal, David said: “Do I like it, no; but I am going to die, yes, and so are you. It is time we take the strangeness out of death” (Geripal interview, 2012).

An exemplar of clear and sensitive communication, David shares his journey – from diagnosis to his recent decision to enroll in hospice care – with empathy and directness.

He retains his attitude of positivity and humour throughout the series. A passionate supporter of the Missouri Tigers, he jokingly introduces his ‘puke buckets’ emblazoned with the insignia of rival teams.

In the second instalment of his video blog, David says in a guttural voice: “I’m a little hoarse. It’s because I’ve been out in the wind, at a football game. It’s not the cancer.”

David has remained unwaveringly positive, telling Geripal: “I’ve learned that you can take all kinds of liberty when you are old, and especially when you are dying. So there are perks to this process.”

David projects a pure ‘fighting spirit’, not in the clichéd, battle-until-the-very-last, way which seeks to continue even futile treatment, but rather in the sense of living in the best way possible, and – in David’s own words – “not letting it get the best of me.”

Instead of retreating from the world, David has accepted – and even embraced – his cancer, by viewing it as the ultimate ‘teachable moment’. He says: “If there was ever a chance to be a good teacher, this is it. I’ve got a chance (and) I’m going to really come through.”

You can access David’s blog online at: David’s Cancer Videoblog. To date it has nearly 100,000 hits from over 135 different countries.

David has written a book about his experience with cancer, entitled: Exit Strategy: Depriving Death of its Strangeness which you can download as an eBook.