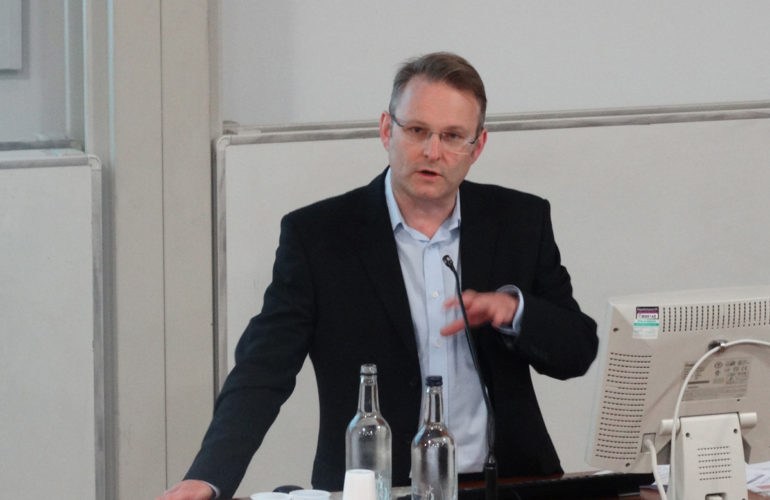 Following the stimulating first day speakers was never going to be a easy, but the invited plenary speakers on Day 2 were more than equal to the task. Opening the morning’s proceedings, which were chaired by Professor Daniel Kelly, Professor Julia Downing, Director of Research and Education for the ICPCN and honorary professor at Makerere University in Uganda and Visiting Professor at the University of South Wales, spoke on the global development of children’s palliative care (CPC) in the light of the World Health Assembly (WHA) resolution of May 2014. She touched on the need for more equality in the provision of care with 80% of the need for CPC services being in the developing world where less than 1% receive it. In a moving address, she remarked that both medicine and compassion have a role to play in CPC saying that over the years she had “witnessed the provision of medicine without compassion and the provision of compassion without access to necessary medicines” and that neither of these are the ideal.

Following this, Prof Marie Friedel, a lecturer at the Nursing Institute in Brussels gave insight into the process that led to the passing of the bill on self-requested euthanasia in minors in Belgium. She asked the questions: “Can self requested euthanasia be the only compassionate response to unbearable and unrelievable physical pain?” and “Can euthanasia be considered a real choice when all other options, such as the provision of compassionate palliative care, are not fully understood?”  The morning’s plenary session ended with Dr Dermot Murphy from The Royal Hospital for Sick Children in Glasgow talking on the impact on paediatric palliative medicine of personalised medicine and the 100,000 genome project.

Final day
The final day of the conference began with presentations of the ICPCN Best Poster Awards by Baroness Ilora Finlay of Llandaff, Professor of Palliative Medicine at the Cardiff University School of Medicine and Member of the House of Lords. The top awards were presented to:

The Baroness gave a short talk on the Access to Palliative Care Bill she has introduced in the House of Lords which seeks to provide everybody across all ages with the right to palliative care, pain and symptom control, support to meet preferences in care, advance decisions to refuse treatment and information regarding their condition. She also spoke on the Assisted Dying Debate taking place in the UK and explained what is presently being proposed.

This was followed by the ‘first of its kind’ at the Cardiff Conference, a ‘Louis Dundas Symposium’ chaired by Professor Myra Bluebond Langner and Dr Finella Craig. The symposium’s presenters looked at a response to suffering through the translating of research into practice and bringing practice into research. Professor Bluebond Langner summed up with a reminder that: “We need to be brave about our research. We need to share our mistakes.”

After the tea break, Barbara Gelb, Chief Executive of Together for Short Lives, spoke on the topic: ‘A new era for children’s palliative care’ in which she highlighted not only the achievements and milestones that have been reached in the field but also the challenges still ahead. She said that families would benefit from a more integrated and whole system approach, and a move away from the ‘silos’ of health, education and social care. Families fail to get the information they need about the help that is available to them locally which has led Together for Short Lives to work hard to deliver on their strategy and to ensure the voice of children and families is central to the work that they do.

She ended by saying: “Children’s Palliative Care in the UK is at a pivotal point in its development. We have been pioneers and come a long way but we are not complacent. We still have a long way to go. If we fail, it won’t just be children and families that lose out, we all will.”

Closing remarks
In his summation, Dr Richard Hain closed the conference by thanking all who had worked so hard to ensure its success and remarking on the uniqueness of a medical conference where all professions felt completely comfortable to participate and present together. He praised the plenary speakers who had “stepped up to the plate” and shown that the first requirement of compassion is competence but cautioned: “Let us not imagine that evidence is the only thing that matters.”

Referencing the talk on euthanasia, he remarked that the dangers of compassion could also lead people to change laws, as had happened in Belgium. He concluded with the words: “If you had to use one phrase that summed up what we have been talking about, it is this: Compassion is…intelligent kindness.”

Asked for her thoughts at the end of the conference, Dr Susie Lapwood, Medical Director of Helen and Douglas House, told ehospice that “the number and relevance of the presentations has been fantastic this year,” adding that “the quality of the company at the Cardiff Conference is always wonderful!”