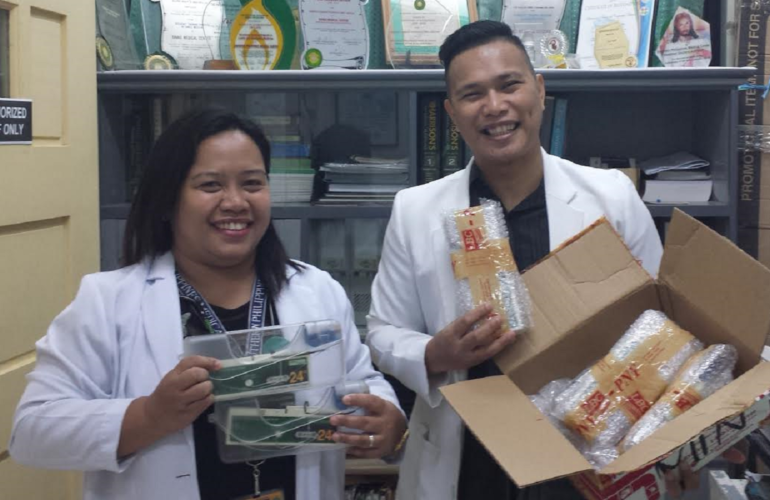 Syringe drivers, which are used to give medication continuously under the skin, are important in controlling pain for people at the end of life who can no longer swallow medication.

Professor Margaret O’Connor AM, past president of Palliative Care Australia (PCA) (2006 -2010), told ehospice there were widespread concerns about the functional syringe drivers being wasted, following a 2007 Therapeutics Goods Administration decision to ban their use in Australia.

“There were thousands of them that were working perfectly well, so PCA decided to manage donations to the program from across the country, working with the Asia Pacific Hospice Palliative Care Network, which identified where they were most needed,” said Professor O’Connor, a professor of nursing at Swinburne University in Melbourne.

“We sent hundreds of them to many countries, including China, India, Philippines, Bangladesh, Thailand and Taiwan, along with written educational material about how to use them.”

Professor O’Connor thanked everyone from hospitals and home care services across Australia who had gone to the trouble of donating the syringe drivers, rather than throwing them away.

“I’m sure they will be pleased to know that their efforts are continuing to reduce pain and other symptoms, experienced by thousands of vulnerable people across the Asia Pacific.”

Professor O’Connor recently received a letter of thanks from Dr Rojim Sorrosa, a palliative physician from Southern Philippines Medical Center.

Dr Sorrosa said some of his patients who wanted to die peacefully at home lived in provinces where there were no nurses, no doctors and no fully-equipped pharmacies.

“There is a gaping hole in the present health care system in terms of providing hospice care for dying patients. I could only imagine the pain they will feel when they reach their homes.”

He said any assistance that helped to patch gaps in the local healthcare system was gratefully received, and the portable syringe drivers from Australia represented a “very vital contribution”.

“The donation of portable syringe drivers was very instrumental in expanding our hospice services to provide care for our patient who prefer to stay at home until they die.”

Professor O’Connor said she met Dr Sorrosa at a conference in Taiwan: “We were talking about his service and what he does and I said, ‘Do you have any syringe drivers?’ and he said ‘No’. I said ‘You’re talking to the right person.”

Far more challenging was the prospect of carrying 30 syringe drivers with her on a trip to China in 2013: “I was a bit nervous. I didn’t know whether I’d be pulled up at customs or immigration, but they didn’t even blink,” she said.