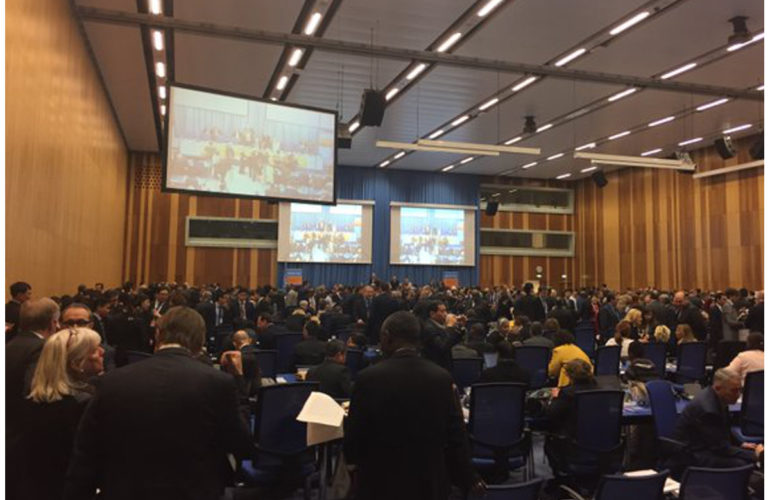 The meeting focussed on preparations for the United Nations General Assembly Special Session (UNGASS) on the World Drug Problem, set to take place in New York next month.

Representatives of civil society groups and UN Member States argued that the outcome document from UNGASS next month should emphasise health-based approaches to drugs, such as harm reduction and improving access to controlled medications, rather than law enforcement in drug control.

A consortium of over 200 civil society organisations worldwide have released a statement: ‘The UNGASS outcome document: Diplomacy or denialism?’ which highlights problems with the UNGASS preparatory process and the current draft of the Outcome Document.

The statement calls on UN member states, UN agencies, senior UN officials, academics, civil society, and networks of impacted communities to challenge the current draft of the UNGASS Outcome Document, to ensure the debate on its contents is not closed in Vienna, and to prepare statements expressing their disappointment and dissent at the UNGASS in April.

Despite its limitations, the UNGASS Outcome document mentions, for the first time, the need to improve access to controlled medicines for pain relief.

This will be discussed today, as palliative care organisations take part in the side event: ‘Resolving the global crisis of untreated pain by improving access to controlled medicines within the framework of the SDGs’.  An unintended but tragic consequence of the current approach to global drug policy has been the unavailability of essential pain medications for 80% of the world’s population.

For more information on the 59th Session of the Commission on Narcotic Drugs (CND) and UNGASS Preparation Segment visit the International Drug Policy Consortium website. Follow the proceedings live on Twitter using the hashtag #CND2016.