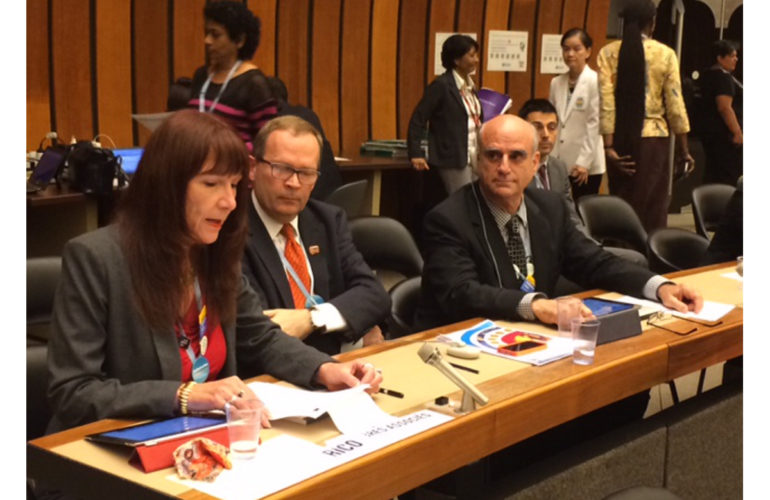 Reports were presented by a representative of the UN Secretary General Ban Ki-moon, the WHO Director General Margaret Chan, and UN Development Program Administrator, Helen Clark. The President-elect of the International Union Against Cancer, Dr Tezer Katluk spoke eloquently on behalf of civil society. Many countries made commitments to address the growing problem of NCD development and to decrease preventable death and disability.

While most of the work on addressing NCDs has been on a global level, there is a need now to shift the focus to country level measures. There is a strong need for harmonizing national responses to NCDs and to improve multi-sectorial coordination.

Palliative care was highlighted in the original plan for WHO’s response to NCDs as an important component. Palliative care advocates are working continuously to ensure that our concerns are included in plans for implementing global and country-level activity on NCDs, since the vast majority of conditions requiring palliative care are NCDs. We were successful in getting a global palliative care indicator included as one of 25 indicators that countries should use to measure progress.

The palliative care indicator is: Consumption of strong opioids per cancer death. While not an ideal indicator, it does allow for country-to-country comparisons. Additional language was included to stress the importance of palliative care in the response to NCDs, and palliative care is also now part of the envisioned universal health coverage continuum of care that includes: prevention, promotion, treatment, rehabilitation and palliation.

Be sure to follow WPCA on twitter (@thewpca) to see all the tweets from the UN NCD High Level Review.