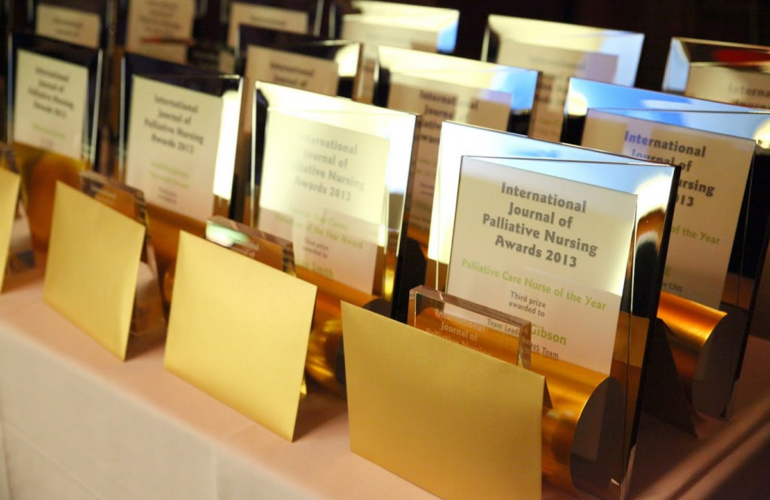 The black tie event began with a champagne reception and dinner, before the ceremony was officially opened with a talk by Professor Irene Higginson, Scientific Director of Cicely Saunders International.

The aim of the IJPN awards is to recognise excellence in palliative care, with nominations received from all over the world. This was a great opportunity to acknowledge the work being done in palliative care internationally, and to share this good practice with others in the field.

According to IJPN: “There is an enormous amount to celebrate, with outstanding work being carried out in all parts of the world, and the submissions we receive are a wonderful demonstration of quality, dedication and innovation in service to patients.”

A panel of well-respected judges assess the entries, paying particular attention to initiative and enterprise. The care of patients must also be paramount.

The awards categories reflect the range of activities and individuals involved in delivering high quality care to patients.

Winners of the awards were as follows:

Educator of the year – sponsored by CME Medical

Service user/carer/volunteer of the year

Palliative care nurse of the year – sponsored by TEVA

A description of each award category and the work being done by the prize winners can be found on the IJPN awards website.

Read more about Indian winners on the India edition of ehospice.