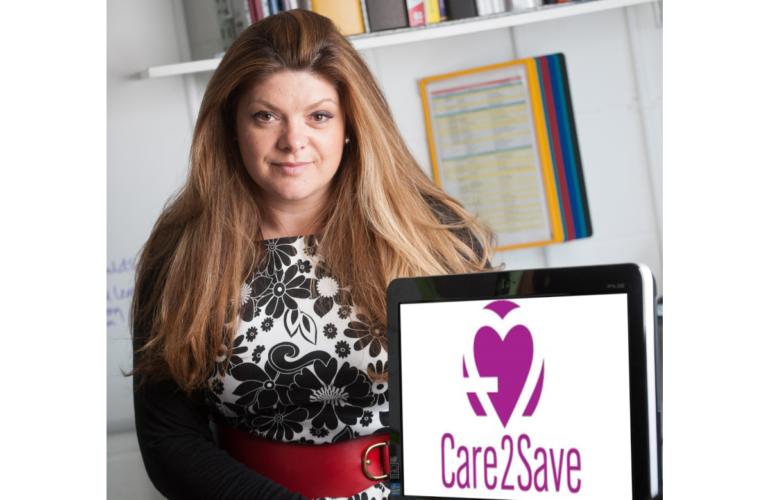 Care2Save is a registered charity that partners with high street products and services selling anything from household insurance to clothes and agrees a commission which is then redistributed in its entirety back to charity.

80% of the commission goes directly to a nominated charity and the remaining 20% goes to the Care2Save Charitable Trust. As the scheme grows, the trust will allocate funds to palliative care organisations through a grants programme, both in the UK and internationally.

It is expected that Care2Save grants could be applied for by palliative care organisations from 2014.

The idea for Care2Save was the brainchild of Andrea Ladeira, the chief executive of the charity and the director of business at St Luke’s Hospice in Cheshire.

Andrea spent 18 years working in the corporate world prior to her transfer to the charity sector and is keen to use her knowledge of the business world within the hospice movement:

“If we can take a proportion of the money that churns around in corporate land and deliver it into the charity sector, the implications of that are huge,” she said.

Despite launching in the UK, the ambition is for Care2Save to be international. And for Andrea, the scheme lends itself to sustainable funding for palliative care organisations across the world, but particularly  where current funding is poor and inconsistent.

Speaking about how palliative care funding has been distributed in developing countries in the past, Andrea told ehospice: “Half of the hospice is the care and half is a business … what we haven’t done is given organisations the finance to start a business that could sustain them long term. And yet we already know in this country that you need both,” she added.

But how will Care2Save Charitable Trust distribute their portion of the commission to palliative care services internationally?

The trust will have both a UK and an international expert advisory panel to provide guidance on how to spend the funds. The experts will all be working in palliative care or involved with the hospice movement in some way.

Andrea told ehospice that they would like to work with a small number of organisations who could then distribute the money on:  “We’re looking at who has the best infrastructure and who are the right organisations to be giving that money to,” she said.

The charity launched its first product earlier this year, a home insurance policy available now in the UK.

But Zena Bernacca, the chief executive of Hospice Africa Uganda can see potential beyond this first initial step. She met with the Care2Save team on a recent trip to the UK and was inspired by what she heard.

“I was very taken with it from the beginning. I think it is brilliantly creative and simple,” she said, speaking from Uganda.

“I have decided to contact local businesses here in Uganda and see if they would be interested in becoming part of the Care2Save scheme,” she added.

A lot more people know someone who has died in Uganda due to a lack of medical resources and the prevalence of AIDS, according to Zena. “People have a real understanding of the pain their friend’s and relatives are going through when they die,” she continued.

Zena is all too aware of the lack of sustainable funding currently available for hospices in Uganda and in other parts of the world. She has been forced to think innovatively herself to establish long term funding streams.

Hospice Africa Uganda are setting up a Resource Mobilisation Department in a bid to tap into corporate and business partners and they will shortly be advertising for an employee to run the scheme.

For Andrea, the sky is the limit for Care2Save. The charity now has 60 retail partners keen to partner with the scheme and are in the process marketing the brand across the world – the charity has purchased all the global URLs in anticipation of its expansion.

“It could be enormous,” she adds. “Just buy changing one habit and still dealing with all your favourite brands.”

You can see a short animation on the Care2Save website which explains the Care2save concept.