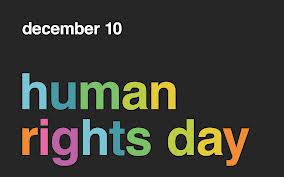 As we celebrate Human Rights Day we should take a moment to reflect on the millions of people around the world who are suffering from excruciating but ultimately preventable and manageable pain because states have not set up systems that meet and respect their basic right to health – their right to palliative care!

Palliative care is defined by the World Health Organisation as: “an approach that improves the quality of life of patients and their families facing the problems associated with life-threatening illness, through the prevention and relief of suffering by means of early identification and impeccable assessment and treatment of pain and other problems, physical, psychosocial and spiritual.”

Human rights and palliative care are in many ways natural partners. Both are based around the dignity of the individual being applied universally and without discrimination. But they also overlap. Not only is palliative care a human right in itself, it also allows for the fulfillment of other rights.

Without good palliative care, people can become imprisoned in their own homes. Trapped by the burden of disease symptoms including pain making them incapable of accessing education, health, transport or other basic elements of life that most of us take for granted. These are elements of life that we all have a right to.

In addition, there is a lingering misconception of palliative care as a luxury to be enjoyed by some but not others. So, let’s start from scratch. Palliative care is a very basic standard of care that everyone should be able to access and has a right to. Without it, patients and their families can be left to suffer as patients ultimately die in excruciating pain.

The most obvious area in which to place palliative care into the human rights framework is through your right to health. Article 12 of the International Covenant on Economic, Social and Cultural Rights recognises the “the right of everyone to the enjoyment of the highest attainable standard of physical and mental health”.

There are also a series of others human rights measures that are used in relation to palliative care. For example Article 7 of the International Covenant on Civil and Political Rights recognises that “no one shall be subjected to torture or to cruel, inhuman or degrading treatment.”

Being left to die in preventable pain is a clear violation of this right. Anyone who has seen someone die in agonising pain will be able to testify that there is no dignity or comfort for the patients and their families in that situation.

Indeed, in March 2013 the UN Special Rapporteur on Torture, Juan Mendez, addressed the Human Rights Council in Geneva to present a report which found that the denial of pain treatment and lack of access to essential pain medicines such as oral morphine is an example of a violation of Article 7 in a healthcare setting. Significantly the report also stated it is the government’s responsibility to prevent and address this.

For example, questions around access to opioid availability should be a regular feature of states’ appearances at their Universal Periodic Review (UPR) sessions. A new study published in the Annals of Oncology has found that over half the world’s population live in countries where regulatory barriers leave cancer patients suffering excruciating pain which is a violation of their basic dignity and human rights. And yet, access to pain medications, a basic component of palliative care, has been raised only on the rarest of occasions during the UPR’s short history.

Alongside the UN Special Rapporteur on the Right to Health and the UN Special Rapporteur on Torture, national governments need to review their systems and remove barriers to access to pain management. This includes reviewing national laws that are obstructive, as well as ensuring that through the various forums and regional bodies they start to hold each other to account and to clarify, invite comment and, where appropriate, remind governments of their obligations under international law.

Until this happens, we will continue to see millions of people around the world dying in unnecessary preventable pain.

Steve Hynd is the Communications Officer at the African Palliative Care Association. Steve holds a MA in Human Rights from the University of Sussex and has previously worked for human rights organisations such as Amnesty International.