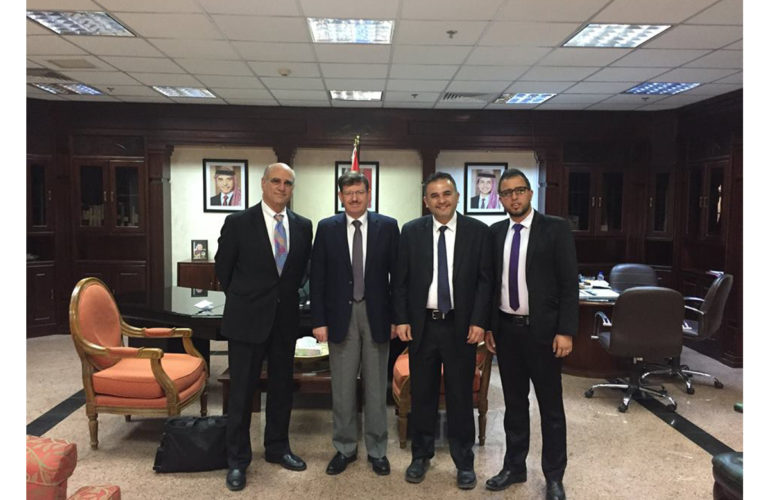 But is the Jordanian healthcare system, not to mention the often marginalised discipline of palliative care, coping?

Jordan is currently hosting over 700,000 Syrians, who have been displaced by the civil war in Syria over the last 5 years. These are only the ones officially registered by the UN High Commission on Refugees (UNHCR).

Displaced Syrians in Jordan live mostly amongst the host community, with 80% in urban settings such as northern towns of Irbid, Ar Ramtha and Al Mafraq, as well as in the capital, Amman.

Jordan is no longer allowing Syrians to cross into the Jordan and – according UNHCR and NGOs working on the ground – up to 70 000 people are being ‘contained’ in the border regions or confined to camps in the north in rapidly deteriorating conditions.

Jordan, with a population of 8 million, has been largely supportive as a society to the plight of the Syrians. However, the burden on the economy, as well as the healthcare and education systems, has been severe. Access to free health care for Syrians was stopped in November 2014, and displaced Syrians are no longer able to access government health facilities free of charge.

The UNHCR uses rationing procedures via the Exceptional Care Committee (ECC) to evaluate needs and outcomes to enable it to decide who to fund for costly cancer care.

Cases are reviewed once a month based on medical history, prognosis and cost of treatment. Only those with the best prognoses are even considered for treatment.

Most patients with life limiting prognosis are sent away with no follow up care or support package including access to palliative care.

Palliative care is still in a formative stage in Jordan. It is not recognised as a medical specialism, and there is little or no training and service delivery. Access is limited to the private sector and cancer care.

This is despite huge need amongst Jordanians and Syrians, with high levels of NCDs, chronic illness, growing incidence of cancer, and exacerbated by the arrival of Syrian war wounded, disabled and elderly.

There are only around 80 community health workers in the refugee camps and 33 Volunteer Health Workers in urban community settings – none currently have palliative care training.

However, Jordan is formulating new National Palliative Care Strategy, led by the King Hussein Cancer Centre (KHCC) National Pain and Palliative Care Committee. ehospice reported on a recent meeting with the Jordanian Ministry of Health and up to 90 stakeholders to discuss this and plan the way forward.

KHCC is currently implementing a health systems strengthening project to train healthcare workers in palliative care and to strengthen advocacy at national level.

UNHCR Jordan is developing the health strategy and budget for Jordan for 2018 and beyond. It is important to raise awareness and ensure palliative care is included in this strategy and properly funded.

Much of the immediate humanitarian donor focus remains in dealing with basic resettlement needs such as shelter, camp infrastructure and subsistence assistance for refugees.

The WHPCA and Jordan Palliative Care Society (JPCS) have been working to develop a strong project proposal to support the integration of palliative care into the humanitarian and development response in Jordan, to help address the lack of access to essential quality health care services for displaced Syrians and host communities affected by serious chronic illness and life limiting conditions.

The two key aims of the visit were:

It is hoped the project will contribute to shared learning on the palliative care needs of both Jordanians and the displaced Syrian community in Jordan and help improve service delivery.

This includes model palliative care training for healthcare workers and community volunteers and will involve both Jordanians and displaced Syrians who have a medical or clinical training or background.

This approach also supports the wider Government of Jordan and international community focus on developing training, skills and employment opportunities for both Jordanians and Syrians as part of the Jordan Compact and Jordan Response Plan to the humanitarian and development challenges caused by the conflict in Syria.

Research and data is still limited on palliative care needs of the displaced Syrian population in Jordan.

Improved and detailed assessment of need is required going forward. This data is needed to plan and prioritise programming and also to convince donors, the Jordanian Government and health implementers that resource allocation is urgently required.

There is an unmet need for both palliative training of health care workers and more organised use of home care services in the urban community setting.

A strong locally and internationally funded Community Based Organisation response to the Syrian crisis in Jordan already exists, with health care facilities, health care workers and volunteers, who could benefit from training in palliative care and – with a small investment – coverage of basic palliative care at community level could be realised.

Support for palliative care exists amongst a range of stakeholders which must be built on and formalised by establishing a consortium to help plan and implement the project.

Palliative care is a low cost but value added alternative to ease pressure on overloaded hospitals and health care facilities that could contribute to alleviating the healthcare crisis in Jordan.