Community Engagement Once upon a time... stories and boundaries - ehospice

Once upon a time… stories and boundaries 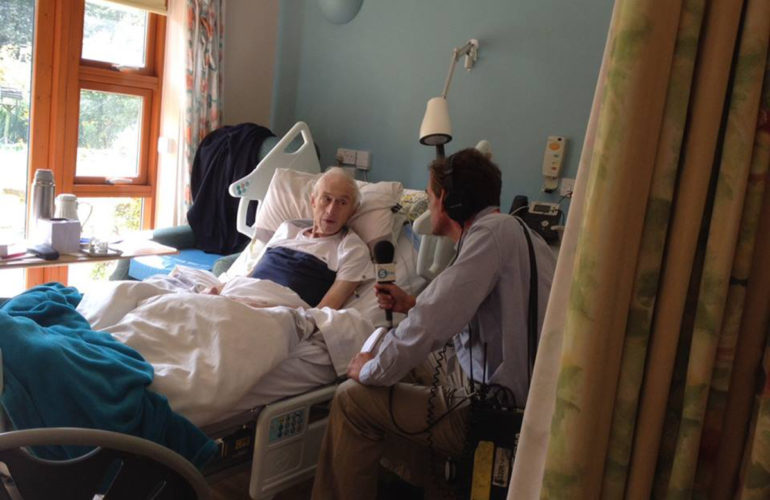 One of the biggest failings of the modern hospice movement is that its message and potential impact is poorly understood. The final report of the Commission into the Future of Hospice Care urges hospices to share their message in compelling ways. Reams of data reflecting activity, bed nights, home visits and telephone contacts really don’t tell a story.

So if outputs don’t tell a story, perhaps outcomes do? And we are certainly looking at outcomes in a different way – we look forward to engaging with the OACC Project (Outcome Assessment and Complexity Collaborative Project) which is recommending a set of outcome measures which all hospices can use by which we can then benchmark our individual and collective impact.

However, the impact of our care is also understood through stories and we have to be braver at encouraging the telling of those stories, and not hiding behind the fear of intrusion and burden which has often paralysed research and storytelling in palliative care. So I have two stories to tell.

Last Monday (15 September) Radio 5 Live arrived at The Hospice of St Francis and wanted to interview a hospice patient to understand the impact of care.

Ten minutes before the journalist arrived I asked Michael – who was on the inpatient unit – whether he would be happy to speak on live radio about the impact of hospice care.

He is frail, dying but jumped at the chance. He spoke candidly to the reporter about the fact that he knew he was dying, that he was going home for the last chapter of his life, that the hospice admission had helped with his nausea symptoms and that it had been a good experience which he would call on again if he needed.

After the interview I thanked Michael and specifically asked him if he had felt obliged to say yes when asked if he would speak to the journalist. He said “just the opposite – thank you for the opportunity.” He said: “It was great to be given a voice.” Many people lose their social voice as part of a cascade of losses during serious illness – Cicely Saunders said, “one of the roles of palliative care is to give a voice to the voiceless.”

The other story was a moment of boundary crossing that has caught the imagination of social media.

The other day we were looking after a dying grandmother Peggy, aged 91, who was being visited by Natasha, her pregnant granddaughter.

Natasha had seen us use our portable ultrasound machine on her grandmother earlier in the week to look for abdominal fluid and she came into the office and asked if one of the doctors could ultrasound her abdomen to show her dying grandmother an image of her unborn baby.

We agreed in an instant – but of course we were crossing some boundaries. The granddaughter wasn’t our patient – what if we found something we weren’t prepared for on the scan?

However all was well, we ultra-sounded Natasha and saw her 21 week unborn baby dancing in the womb. Her grandma, who had been drowsier earlier in the day, became completely animated and engaged with this image in a completely unexpected way.

Peggy died 48 hours later but it has left Natasha with a very special gift and a precious story in images to show her future child.

We also asked Natasha and Peggy if we could share this story with the wider world via social media and they were very keen for this to happen. They wanted share good news.

Professor Harvey Chochinov has deconstructed the concept of dignity to understand what really underpins it. He suggests that one of the key aspects is a sense of legacy and generativity, ie people’s sense of dignity is enhanced by a sense of meaningful continuity to the next generation.

Somehow our technology solution enhanced linkage of generations between Natasha and Peggy and completed a circle of unfinished business for both of them which seems to have been therapeutic.

Both of these examples suggest that we need to be braver in involving patients and families in storytelling and to trust that they will tell us if they don’t want to take part.

My sense is, just as with research, that there is enormous therapeutic value in giving people a voice and, in turn, we are collecting stories of impact which are a crucial form of narrative data to share impact.

So at St Francis we have set up a clinical communications group and are identifying clinical impact champions who will collect stories, discuss issues of consent, involve our PR team and sensitively and intuitively cross a few boundaries in an attempt to share and demystify the many myths surrounding hospice and palliative care which still generate fear and remain barriers to referral.