Policy Palliative care advocacy at WHO Executive Board meeting - ehospice

Palliative care advocacy at WHO Executive Board meeting 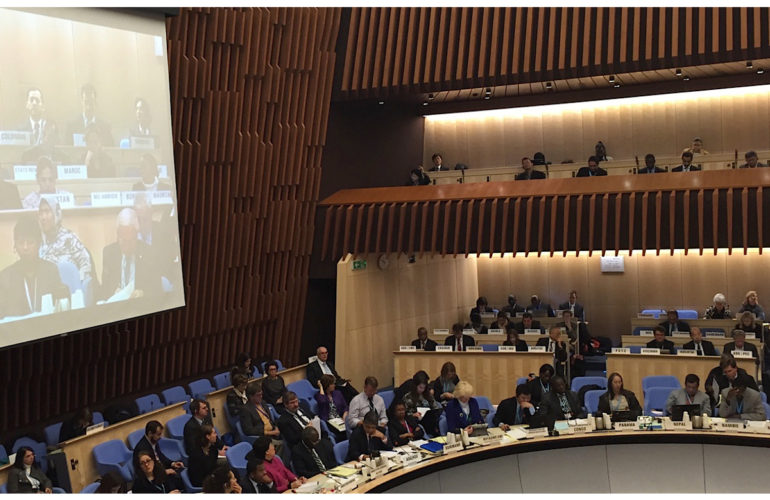 The first priority for us at these meetings is to ensure that momentum continues on implementation of last year’s resolution calling on countries to ensure the ‘Strengthening of Palliative Care as a Component of Comprehensive Care Throughout the Life Course’.

In addition to myself, other palliative care advocates here include Diederik Lohman of Human Rights Watch (HRW) and Busi Nkosi from the International Children’s Palliative Care Network (ICPCN).

The Ad Hoc Technical Advisory Group on Palliative and Long-Term Care has met and continues to work on planning. A new full time technical officer for palliative care starts in post next Monday.

Setting the agenda for WHA

The Executive Board at this meeting sets the agenda for the next World Health Assembly, which will be held this coming May.

This year a side event on Children’s Palliative Care is being organized by ICPCN with sponsorship so far from Panama, Spain, and Chile.

In addition, HRW has been working to organize a working group meeting of Francophone countries during the WHA to encourage implementation of palliative care.

Director General Margaret Chan, at the next WHA in 2016, will give a report on implementation of the palliative care resolution.

Concerns over potential restriction of ketamine

Finally, there is growing concern that availability of ketamine could be seriously restricted if a proposal by China to list it under the controlled substance schedule 1 is approved at the upcoming Commission on Narcotic Drugs (CND) meeting in March in Vienna.

Ketamine is not now scheduled at all and WHO has consistently recommended against scheduling. Normally this would preclude its consideration for scheduling at CND but China is apparently having problems with Ketamine abuse within its borders.

Schedule 1 is only for drugs that have no medical value whatsoever.

Ketamine is used in palliative care, though its efficacy has been seriously questioned. However its more widespread use is as a surgical anesthetic, particularly in low and middle-income countries.

Scheduling would effectively eliminate its availability, which makes this a human rights issue. HRW has been actively lining up support here at the EB meeting to educate countries to vote against this ill-advised proposal.