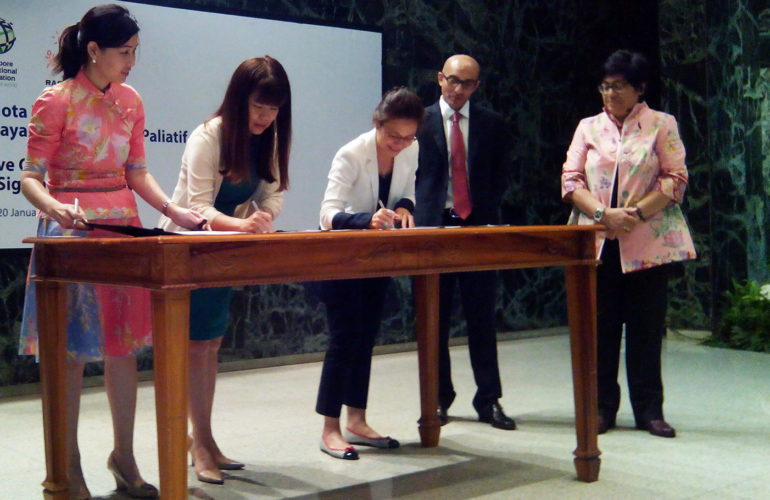 The agreement was signed at the Jakarta City Hall to launch a three year palliative care training program that was originally planned to involve medical professionals from ten public hospitals in the capital city of Jakarta.

At the leadership roundtable, the decision was to include two more hospitals, bringing the total number to 12.

The training will be led by the volunteers assembled by SIF. This same team helped to train Rachel House’s medical team between 2009 and 2012.

Lynna Chandra, CEO of Rachel House, said: “This is a momentous day in the development of palliative care in Indonesia.

“Championed by the wife of the Governor of Jakarta, Mrs Veronica Basuki, palliative care went from nobody’s business to everybody’s business!”

Read more on the website of Channel News Asia .