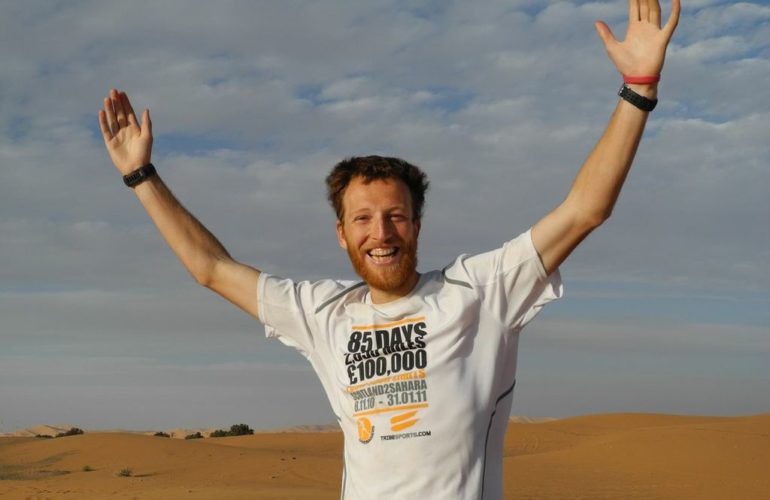 Beginning on 1st July, Dr Andrew Murray will run more than an ultra-marathon (50km) every day in an epic 18-day run across East Africa, that will include running up and down Mt Kenya and Mt Kilimanjaro, through wildlife-filled game reserves, tropical rainforests, and running with world-record holders and world champions.

Dr Murray is hoping that his epic endurance test will inspire people to sponsor him to help raise money for causes he is passionate about such as improved patient care in Kenya.

Dr Murray grew up in Kenya and rose to fame in 2011 when he ran 4,290km from John O’Groats to the Sahara desert. In 2012 he won the North Pole Marathon, the Antarctic Ice Marathon, and completed a world record seven ultra-marathons on seven continents in under a week.

Dr Murray, who also works as a general practitioner, and whose father is a palliative care specialist, said: “Despite penicillin, despite rescue helicopters and despite all the amazing medical inventions, the death rate is still 100 percent worldwide. This is all about working to support people who are dying, and try to make it as pain free a process as possible.

“Most people die in their own community because the cost of going to hospital can be very high. It’s important to try and make the ordeal as pleasant as possible. In some parts of Africa, it’s very difficult to get access to painkillers and a lot of people are dying in a lot of pain. There is good work happening in Africa, and I want to learn and share.”

Dr Murray grew up in Kenya with his father working as head of a mission hospital in Chigoria. Commenting on his emotional return to Kenya, Dr Murray said: “It was a great place to grow up, and it was completely different to Scotland. It’s a country I have huge affection for and I think we can learn a lot from each other.”

Dr Emmanuel Luyirika, the Executive Director of the African Palliative Care Association based in Kampala, Uganda, commented on Dr Murray’s fundraising efforts, saying: “I want to thank Dr Murray for his wonderful efforts for raising awareness about the importance of palliative care in Africa and fundraising to address this great need. I also want to wish him the very best of luck on this epic adventure. He is undertaking a truly extraordinary task for the most altruistic of reasons.”

You can sponsor Dr Murray at his Just Giving website.

You can also keep up to date with Dr Murray’s adventure’s by following him on twitter: @Docandrewmurray