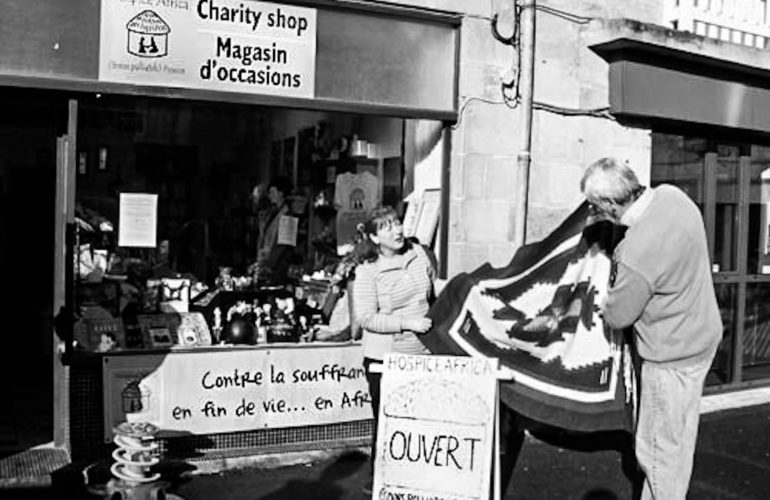 A group  of English and French residents of Jugon-le-Lacs are working together to support Hospice Africa (Soins Palliatif) France (HA(SP)F) in raising funds for Hospice Africa.

One of the ways in which HA(SP)F supports this initiative is through the charity shop, ‘Magasin d’occasions‘. The idea of setting up the shop was initiated by HA(SP)F president James Bennett and his wife after they came across similar shops in Liverpool run by Hospice Africa UK. The shop, run by a team of volunteers, sells donated merchandise such as clothing, books, and furniture to members of the community.

“A charity shop is fairly unique in France, so at first we had to rely on British expats and visitors. Now, the locals understand the concept and we are very popular throughout the year,” explained Bennett.

Read the full story by Grace Munene in the Africa edition of ehospice.