The moment before the dawn- Palliative care in the Algarve 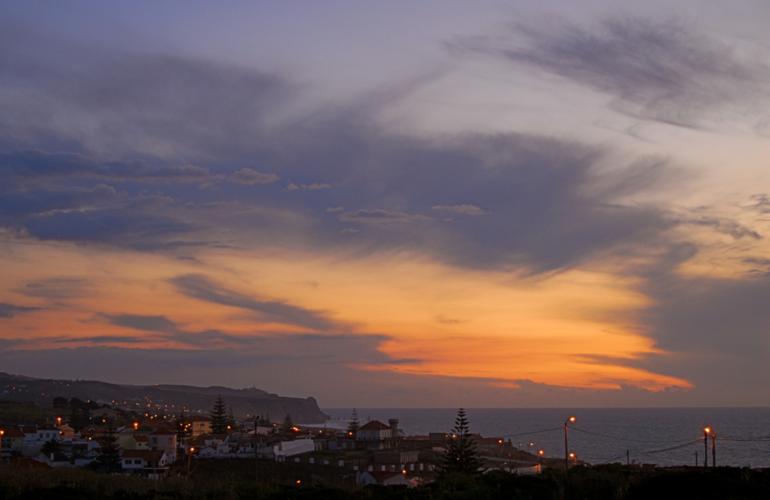 Alison Blair is a true pioneer of palliative care. Speaking to her on the telephone during a visit to England to lobby for funding, organise training and pick up equipment for Madrugada palliative care service in the Algarve region of Portugal, I am reminded of the against-all-odds attitude of others who are leading the development of palliative care throughout the world.

The need for palliative care in Portugal is great and far outstrips its provision. A recent study recommended that 102 teams and 1062 beds were needed to serve Portugal’s population of 11 million people. Currently there are only 19 hospital-based teams and 118 beds dedicated to palliative care in the whole country.

According to Alison, introducing palliative care to the Portuguese community is quite difficult. “If they speak of death or dying, they are inviting them in,” she told ehospice.

Alison is a psychotherapist, originally from England, but currently lives and practices in Portugal. Her background is in education and training, but over the years found herself increasingly drawn to personal counselling.

Her encounter with a client called Maureen who was battling thorough cancer treatment, and Maureen’s eventual acceptance of and search for the care that hospice services provide, led Alison to start the first community-based hospice service in the country.

Maureen had been dealing with cancer for four years and came to Alison for psychological counselling and emotional support. She was, as Alison described her, a fighter, who was “absolutely determined not to buy into the idea of not getting well.” She travelled regularly back to the UK for treatment, but when it became clear that it was time to stop treatment, she wanted to remain at home in Portugal where her husband, friends, five rescue dogs, basically, where her life was.

She decided to stay in Portugal and, along with Alison, developed a plan to do everything they could for her care. A group of her friends came together to make sure that she always had somebody close by to help in her daily life and to support her emotionally, particularly when her husband had to go back to work.

Later in the course of her illness, Maureen needed more intense medical involvement. Alison tried to organize this. She said: “I was astonished to find that none of this level of support was around. (At that stage) there was no palliative care in the hospitals, no district nurses.”  There was certainly no home-based palliative care team.

Alison told ehospice: “I thought how appalling this is, and how frightening for people to face the end of their life without this support. I started to wonder about what the Portuguese people did and whether we could provide this service.”

Three months after Maureen’s death, Alison called a meeting in a local restaurant to discuss the possibility of starting a palliative care service. 70 people attended this first meeting, and ‘Madrugada’ was born.

The word ‘Madrugada’ means ‘the moment before the dawn’ in Portuguese. For Alison, this symbolised a new page, a blank canvas on which to build the organisation.

Madrugada contracts the services of a ‘bank’ of registered nurses to care for patients at the end of their lives. Most of the nurses are foreign nationals. It is the norm in Portugal for people to be cared for in hospital and as a result, many Portuguese nurses do not have experience providing care in the community.

A number of newly graduated Portuguese nurses have also joined the organisation. They will each spend a few weeks at partner hospices in the UK for work experience, before returning to Portugal to start work.

After training the nurses in palliative care using, among other things, the English and Portuguese translation of the Help the Hospices Palliative Care Toolkit, Madrugada was ready to serve the community. Alison told ehospice: “Patients started to arrive. Quite often a patient would be in hospital and it would be clear that they were going to die within the next couple of weeks, and we would assist them in going home.”

The approach used is to try and form a triangle with patient and family, the patients’ medical team and Madrugada. In Portugal, nurses do not prescribe medications, therefore it is essential to get the patients’ doctor on board.

The nurses in the community are not allowed to use subcutaneous injections, so analgesic medication is given to patients in oral form or through skin patches.

Alison said: “What we will tackle first is to try and get some leeway with having meds available in the community. The rule is that opioids and many other useful palliative care treatments are not allowed to be administered outside of a hospital environment. This can be very hard, especially when the person loses the ability to swallow.”

Madrugada has had to find alternative ways to deal with the physical pain of the patients. In the absence of available social workers the team addresses the patient’s social needs, providing advice and support in the home. They address spiritual pain through counselling and companionship provided by nurses or a person of the patients’ choice.

However, since the nurses’ skills are needed elsewhere, Madrugada is working with The Cheshire Organisation in the UK to develop a recruitment and training package for healthcare support workers. Alison hopes that in time, they will be able to offer this training to other organisations in Portugal.

At the moment, the team works in a 30 mile radius of Lagos in the Western Algarve region from the West coast of Portugal to Albufeira in the centre. They are currently fundraising nearer to Faro in The Golden Triangle where they hope to establish a satellite team.

Alison has plans to reach out to the community so that people are aware of Madrugada before they are admitted as patients. She said: “We were very aware that, as a service, we were meeting people at the end of life without having the opportunity to build rapport with them sooner.”

These plans involve expanding the service out of their admin offices to occupy the rest of the building they rent from a local businessman. Alison said: “We are going to have speakers to attract the attention of the public. We will have support groups, one for people undergoing cancer treatment, one for cancer survivors, one for bereavement counselling and one for carers. We’ve identified those as the areas with the most need in the community.”

Madrugada also has complementary therapists who will offer their services to patents and carers, as well as creative and physical activities, to encourage relaxation, group support and a general feeling of well-being.

Unfortunately the building is not accessible to people who have mobility issues, so in that case, Madrugada will bring many of these services to the patient at home.

Alison told ehospice that, due to limited resources, the organisation has had to limit the scope of the services they provide. She said: “Because of our limited resources, we had to make some tough decisions, bearing in mind we have to treat every element of total pain. We had to recognise really early that we could not look after people with HIV or dementia, we would be overwhelmed, however we do offer support to their carers. I really hope that at some point in the future, we would be able to be in a better place to offer this care.”

Looking to the future, Alison is keen to build links with the Portuguese Palliative Care Society to draw on mutual learning and support.

Also, the organisation has its sights set on a newly built tourist village consisting of 4 terraced banks of 32 residences and a large club house that could easily be adapted to make a wonderful hospice and convalescence/nursing home. Currently owned by a bank, the property, originally on the market at € 13 million, is likely to sell for under € 2 million.  A project like this could catapult Portugal from nowhere to the top of the ladder of hospice accommodation and the Madrugada team would ensure a care service to match. “We have the vision and someone, somewhere has the generosity to make it happen,” said Alison.

To find out more about Madrugada, or to assist with donations, contact Alison on alison@madrugada-portugal.com