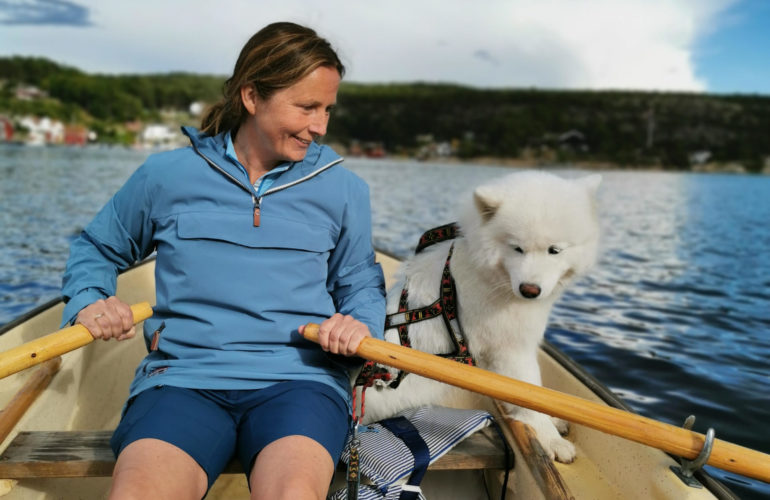 Ellen Lykke Trier is working on a doctoral project on palliative care units in nursing homes and relatives’ experience at VID Scientific College in Oslo, where she is also a lecturer.

“With long experience as a nurse in palliative care and with a big heart for relatives, it is exciting to be allowed to dive into a topic that I am passionate about. In addition, I get the opportunity to impart knowledge about nursing to the seriously ill and dying. Strengthening nursing students’ courage to face the dying and their families is so important!”

Ellen has, for many years, been involved in the conditions for the seriously ill and dying. An important part of her doctoral work is about the importance of the physical surroundings and environment. The goal for all palliative care is the best possible quality of life for both the patient and the family, how is such a goal put into practice? 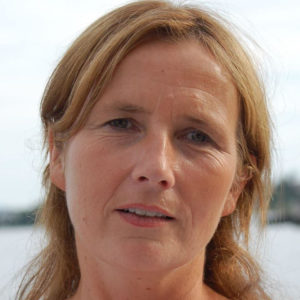 “I think I first became really aware of the importance of the surroundings when I started as a young nurse at Hospice Lovisenberg in 1997. We started an overnight unit on the 2nd floor of an old brick villa at Lovisenberg; on the ground floor there was a day-unit. It was a colourful and beautiful environment, without any institutional character. It was a living house where the senses were stimulated, the smell of freshly baked goodies from the kitchen, fire in the beautiful fireplace, art on the walls, song and music in the air, and an old apple orchard. It was impressive to see how the families calmed down and expressed an immediate sense of security. Many relatives expressed that they felt “seen” for the first time and that they could finally lower their shoulders a little… and that there was room for them there. Opportunity for both privacy with one’s own family and the opportunity for fellowship with others in the same situation was perceived as meaningful by many. Here were staff with both the expertise and the time to take good care of the patient, as well as the surrounding family. The focus on meeting each individual patient where they were and striving to create the best possible days and good moments for the patient and the family, motivated the work.”

She says that cancer treatment has evolved tremendously, and today people with incurable disease live much longer than before. Many people receive extensive treatment right into the last phase of life. The distinction between curative and palliative care has changed and the health services have been given a different division of tasks. Palliative care in the last phase of life is left to the municipal health service and 52% of us will die in nursing homes or other municipal institutions.

“When I left Lovisenberg in 2007, more and more patients were discharged to nursing homes, a logical consequence of being a specialist health service. The unrest it created in many families and their despair over having to move when they had finally “landed” made a strong impression on me. The value of being able to end life in a setting that is adapted to this particularly vulnerable and important phase of life, with respect for the fact that death takes the time it takes – totally crashed with the treatment-based logic and efficiency of the specialist health service. The stamp “ready for discharge” seemed absurd, the dignity of the dying was threatened, and the ethical dilemmas abounded. At the same time, uncertainty also prevailed, how were the municipalities prepared to receive all the vulnerable patients, young and old, with complex palliative challenges? Had the municipalities built up a sufficiently good enough service offer?”

Ellen was also among those who started Hospice Forum Norway. She remembers it as an exciting time, with an interim board consisting of, among others, Astrid Rønsen, Aage Müller-Nilssen and Stein Husebø.

“There were several who were worried that important values were under pressure. I remember especially when we were to have the first press conference at Lovisenberg and we had both Liv Ullman and Thorvald Stoltenberg as ambassadors for the new organisation. We had a fantastic meeting and I still remember how Liv Ullmann talked vividly about her hospice experiences in the USA. At the following press conference, only one journalist appeared! We were a bit put off, but the journalist from NRK (the Norwegian government-owned radio and television public broadcasting company) was very happy to get so many interesting interview subjects all to himself!”, she says. 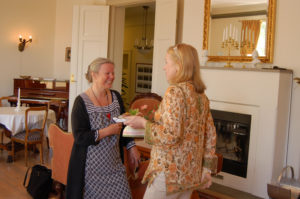 After that, Ellen worked for many years at a palliative care unit in a nursing home and thinks it has been exciting to be involved in building up such a service offer. The experience from there, and the certainty that we have so little knowledge about these new offers, made her want to do a doctoral thesis on just this.

“What we know so far is that palliative care units in the municipal health service are far from available to everyone who needs it. Palliative care services are still mainly reserved for people with cancer. There are large geographical differences in which offers are given, depending on which municipality you live in and where they have prioritised investment.

Something I want to investigate further is how research on the significance of architecture and the environment for the seriously ill has affected the development of the Norwegian municipal palliative services. Who and what has laid the groundwork for the service development we are seeing now? How are the needs of the terminally ill and the dying made visible, and their voices heard?”

With an institutionalisation of death, like we have in Norway, there are few who have their own experiences of watching over or being with the dying. Ellen thinks that we, as a society, must learn this again. Having public meetings about death is all well and good, but it does not easily give people the first-hand experiences that can create enough security for home death to be considered as an alternative. Internationally, commitment to a strong local involvement of volunteers combined with interdisciplinary teams with high competence in palliative care has been important.”

Despite over 30 years of repeated visions that more people should be allowed to die at home in Norway, we are among the worst in Europe at this, the number has been consistently low and has been 13-14% in recent years. She also points out that the pandemic has shown us the importance of being together during the valuable last moments of our lives.

“Families have been deprived of the opportunity to be together and to say goodbye to their seriously ill and dying family members in hospitals and nursing homes. The price of both institutionalisation and the pandemic. We know that for many, the grieving process will be complicated by everything that did not happen. At the same time, we see that something is happening in such a pressured situation. Fransiskushjelpen’s home hospice service has had 60% more home deaths than they usually have – they have had a fierce increase.”

There are many issues to get involved in, but now the doctoral degree gets all of Ellen’s attention. “It is challenging to work alone on a large project where it takes so long to get results,” Ellen sighs. In addition, she misses being able to knock on the door of good colleagues, being out in practice with nursing students, and the closeness with patients and relatives. “For me, who has always had work that has been extremely meaningful, it is challenging to think that these English research articles that I work so hard on are only read by a handful of particularly interested people. I think, ‘What’s the point of it all?’”

Ellen’s commitment permeates everything she has done, so her motivation is fortunately kept up despite the challenging job of a doctorate.

“On good days, I hope that I may be able to make a teeny-tiny contribution to the vast sea of research literature that can have an impact on the services offered to the seriously ill and dying, and their families, in Norway. In the long run, being involved in developing new service offerings would be exciting! Maybe a combination position with research and clinical work? Until then, I get inspiration locally. I currently have the world’s most wonderful group of kids that I get to meet in the mourning group we have for them here in Moss (a suburb of Oslo). “At least it is meaningful!” concludes Ellen.

Hospice Forum Norway is excited about the results from Ellen’s research and wishes her luck with her further work!