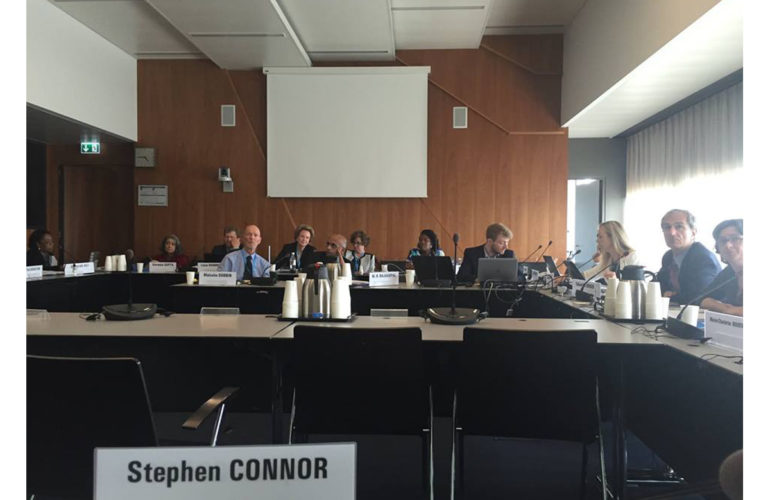 Civil Society organisations were invited to attend as observers of the process. These included: The International Association for Hospice and Palliative Care, Médécins Sans Frontiéres, the Pain and Policy Studies Group at the University of Wisconsin, Physicians for Responsible Opioid Prescribing, the Union for International Cancer Control, and the Worldwide Hospice Palliative Care Alliance (WHPCA).

This is the first effort, following the passage of the WHA resolution 67.19 on palliative care in 2014, to develop new global policy on symptom management. WHO Guidelines on the Pharmacological Treatment of Persisting Pain in Children with Medical Illnesses were published in 2012.

The Ad-Hoc Technical Advisory Group on Palliative Care and Long Term Care (TAG) had strongly recommended that broader guidelines on management of common symptoms for palliative care be developed. However, it was decided that this would be costly and difficult to get through WHO’s rigorous guideline review committee.

Although the TAG recommended the development of non-disease specific pain guidelines, it was decided that the evidence for pain control in diseases other than cancer was not yet strong enough.

Guideline development at WHO can take between two and three years to complete. However, this project is on a fast track, and is expected to be completed in about six months.

Dr Stephen Connor, WHPCA Executive Director, attended the meeting and said: “Although certain groups at the meeting opposed the use of opioids in some cancer cases, there was general recognition that the real drug problem is the lack of access to opioid medications for pain relief for 75% of the world’s population.”

The panel of experts will meet again around February 2017 to review the revisions. WHPCA board member, Dr Zipporah Ali, is on the panel, along with 15 others including Dr Lukas Radbruch, Dr MR Rajagopal, Dr Eduardo Bruera, Ms Harmala Gupta, and Dr Kathy Foley.