A new home for Cherutich 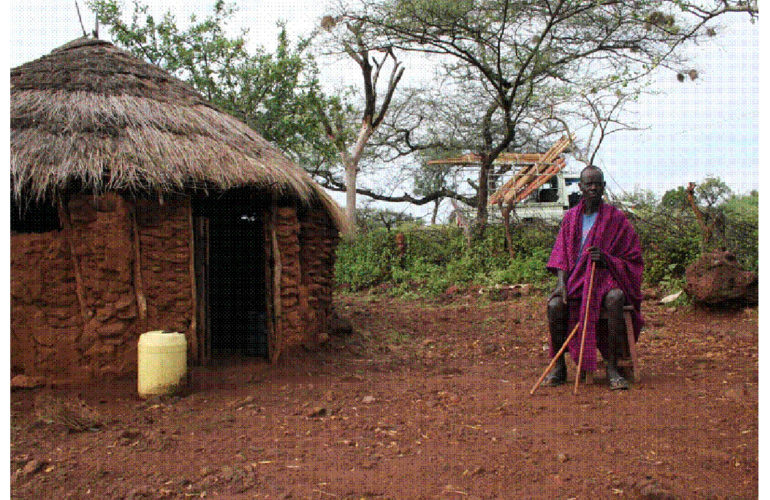 Cherutich was such a man. His family brought him a long journey to the outpatient department of the hospital, expecting that his many symptoms could be cured.

Sadly, this was not possible. His family were told that he could be admitted for help with pain and symptom management, but Cherutich wanted to simply to go home.

Home was in a small village in the north of the country, where he lived in a grass roofed one room hut. The walls of the hut were collapsing and there was no water and no electricity. His wife was addicted to the local beer and stayed away from home as much as possible.

Cherutich understood that cure was not possible and he shared with friends in the community near by that he wanted to build a new home to leave his family more comfortable.

Death and dying are seldom mentioned in words in African villages. Rather, the patient often knows, but this does not mean acceptance, either by him or by his family.

An interesting concept is that “it is God’s will” when someone dies. However, it cannot be God’s will that some someone is dying and there is no hope.

Cherutich’s care was complicated by the fear of HIV/AIDS in the village and the villagers needed to know of the diagnosis of cancer. In these cases, confidentiality is not always possible.

The palliative care staff at the hospital was able to contact the pastor in the village, as well as a doctor near by, so Cherutich’s care was organised.

The palliative care nurse who had started the service in Kijabe was in Australia, but was nonetheless part of the team! Morphine syrup was available, and all medication necessary provided. Hospital rules and regulations were changed to make it possible for this to happen in the village.

Family and friends were able to come to the hospital to collect the morphine syrup as necessary, and the dosage – alongside general symptom control – was suggested by email through the palliative care nurse in Australia.

It all worked! The villagers agreed to build the new hut, and Cherutich was able to sit outside on a stool, watching as the hut was built. Fresh water was carried into the hut and electricity provided.

Cherutich’s condition deteriorated and he worsened in body and in spirit. But he was upheld by being able to see his family comfortably housed and by the love and care he experienced from his community.

He died peacefully in his new home as he had wished.

Beris Bird is a registered nurse, living in Australia. She has worked in many different countries, providing palliative care to people in diverse settings throughout the world.