CareOpinion Africa caught unawares and unprepared twice in half a century; The case for well-funded Universal Health Coverage - ehospice

Africa caught unawares and unprepared twice in half a century; The case for well-funded Universal Health Coverage 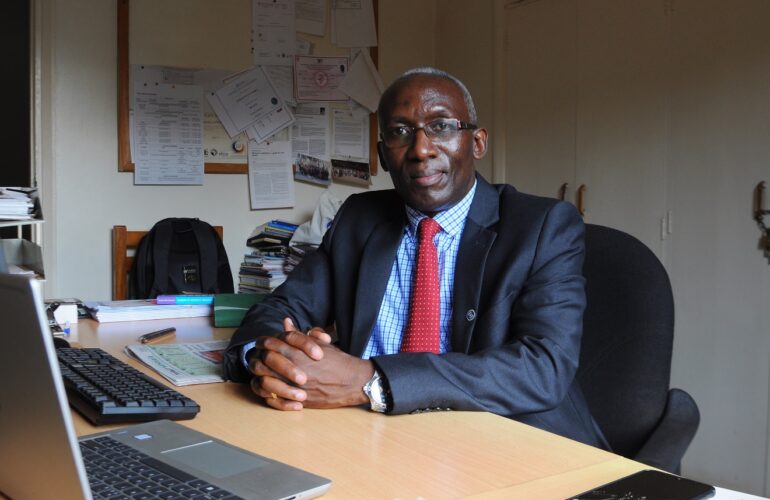 January 5, 2022 | No Comments
Categories: Care, Featured, Must Read, and Opinion.

Major disease epidemics have caused suffering and death and lingered on the African continent for decades. In the 1970s and 80s Africa struggled with inadequate immunisation coverage for the common infectious diseases such as, TB, Polio, Measles and Diptheria among others while Malaria and Neglected Tropical Diseases such Leprosy, Bilharzia, Sleeping Sickness, River Blindness and others raged on the continent. As efforts to control those diseases were gaining momentum, Africa was hit by HIV and AIDS to the point of carrying 80% of the global disease burden. This also led to re-emergence of Tuberculosis as well as other opportunistic infections and cancers. This was on the backdrop of poorly funded health systems, raging wars in various regions of Africa and under performance of economies based on unprocessed commodities which lost prices on the global market.

The investment in health care in Africa has since been lagging behind those in other continents. Where health services existed, a big chunk of the health budget came from Western governments and international funding agencies. In addition, out of pocket contributions by patients and their families far outpaced the contributions by governments. This state has persisted and the 2018 Africa Scorecard on Domestic Financing for Health has already demonstrated that in the majority of African countries, the biggest source of spending, as a percentage of total health spending was being contributed by households and not governments.

While the HIV and AIDS epidemic still lingered, East, Central and West Africa were hit by sporadic outbreaks of Ebola and other emerging infectious diseases for which many governments were not ready to protect their populations.

As the Ebola epidemic was getting under control and African governments were beginning to focus on Universal Health Coverage efforts, the COVID19 pandemic hit the world, with Africa not being spared. The lack of infrastructure and systems for infection control demonstrated how unprepared Africa was for such, as did the lack of capacity to develop and produce vaccines and the lack of critical care establishments and skills. With restricted movement across international borders, even connected and well financed civil servants, politicians and the wealthy could not travel out to Western capitals, Asia and the Middle East to seek health care because of the lockdowns instituted for COVID19 control.

These and other events that followed the COVID19 outbreak have emphasized the need for governments to set up, fund and sustain health systems that work for everyone, rich or poor, rural or urban, young or old within their borders. It has not been uncommon for African governments to have defence and security budgets far outstripping the social services sectors such as health, education and social security combined. The biggest threat to the survival of Africans may now not come from war but from health emergencies such as emerging infectious like COVID19, Ebola and others that are yet to be discovered in addition to the under investment in health systems. This, combined with increasing non-communicable diseases such as Diabetes, Hypertension and Heart disease may spell danger for the people of Africa.

The setting up of truly universal health coverage schemes has been slow with the exception of countries like Seychelles, Rwanda and Morocco.

In order for governments in Africa to secure the health and lives of people on the continent, more investment needs to be put into the health sector and associated sectors such as education and social protection. In addition, the rising cases of people with life-threatening and life-limiting illnesses demand that governments ensure that palliative and comprehensive chronic care are part of the Universal Health Coverage packages.

The commoditisation and commercialisation of health care through privatisation and for-profit Public-Private partnerships will not deliver the healthcare needed in Africa.

It is now the time for African governments to reprioritise health, invest in health infrastructure and systems and set up truly national and equitable Universal Health Coverage schemes by moving money from war-related sectors and grandiose plans and projects that do not improve health or safety of citizens.