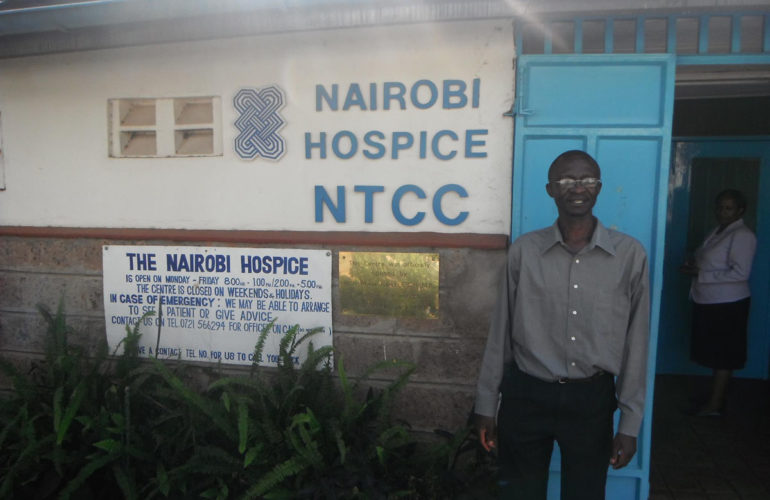 Kenyatta National Hospital (KNH) has refuted claims of kicking out Nairobi Hospice from its compound.

According to the hospital’s corporate affairs manager Simon Ithai, there have been continued discussions about the relocation between the hospital management and the hospice.

Mr. Ithai said that in July 2011, it was agreed that the hospice relocates to its plot to pave way for KNH expansion.

On Sunday Mr Ithai, while addressing the press said that the casualty section was increasingly becoming congested and that they needed the hospice building house to expand it.

According to Ithai, the care centre had been allocated 2.5 acres for development of its facility back in 1995 but up to date, it has not done so.

“We have temporally hosted the hospice for the last 22 years, giving its managers time to build their premises at a site 100 meters away.” He said.

He said KNH was and is still willing to support the relocation while ensuring that all patients taken care of by the center are taken care of at the hospital’s palliative section.

“We are not chasing Nairobi Hospice away but we are encouraging them to speed up the relocation. KNH remains committed and will continue to support them in all their endeavours in providing care to patients with terminal illnesses,” Mr. Ithai said.

Anxiety had gripped patients and health officers at the hospice after the notice to vacate the premises was issued.

In reply, the hospice management complained that the two-months notice issued was too short.

According to the hospice, this was the first letter of vacation they have received from the hospital.

The hospice chief executive officer Dr Brigid Sirengo declined to comment, saying only the board could issue a statement as pertains to that issue.

It requests for a grace period of up to two years for them to be able to relocate citing several reasons.

The hospice indicates that such a short notice is going to affect close to 5,000 patients, many of whom are extremely ill and would suffer if the hospice’s services are interrupted.

It further says that relocation is going to affect an agreement they have with Oxford Brookes University of the UK to offer a Diploma in Higher Education in palliative care at the location.

The hospice says that the facility was approved by the Ministry of Higher Education, Science and Technology in January 2011 to offer the diploma course and its relocation will affect this arrangement.

Nairobi hospice is providing community-based palliative care service and education in Nairobi’s Korogocho slum to those who cannot afford to travel to the clinic at Kenyatta.

Many cancer patients are unable to afford treatment and it is estimated that 18,000 people die due to complications associated with the.

Despite having been given land, funds to build new premises seem to have been a challenge as the hospice depends on contributions from donors and well-wishers.