Charity walk to raise funds for Nairobi and Coast Hospices 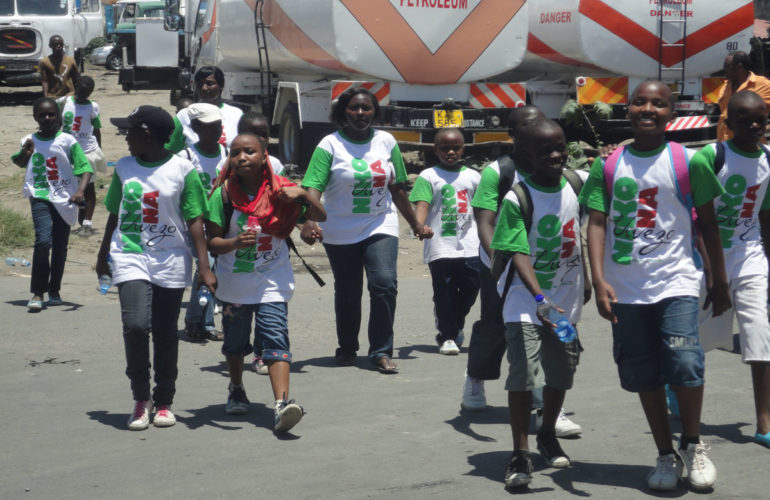 Having a charity walk is one of the ways hospices bring a wide array of individuals, organizations and corporations to contribute in various ways to raise money to facilitate service delivery.

Nairobi and Coast hospices held their annual charity walks in the month of September in an effort to raise the much needed funds.

Covering a distance of 10km within Ngong’ Forest behind Hillcrest Secondary School in the outskirts of Nairobi, the walk attracted participants from various learning institutions and corporations.

Expressing her appreciation to the participants, the Nairobi Hospice Chief Executive Officer Dr Brigid Sirengo says she is humbled by the willingness of participants to spare time and take part in the walk.

Eight year old Ted Nightingale who has participated in the walk for four consecutive years making him a hero among the many children who turned up said he wants to see people with terminal illnesses have excellent care.

The main sponsor, Safaricom Limited, donated 2,800 branded t-shirts worth Kshs. 840 000 while Gulf African Bank supported the event with over half a million shillings.

The walk was flagged off at Hillcrest Secondary School grounds by Safaricom Foundation PR and Communications Manager Mr. Christopher Muthama who said it is the responsibility of corporations to help the worthy course being undertaken by hospices.

First aid services were put in place by Securex Security who provided a fire engine and motor bikes as Kenyatta National Hospital ensured an ambulance was on standby for any emergencies.
The Ngong’ Forest Sanctuary Armed Forest Rangers helped in marking the route for the event with several other sponsors ensuring snacks, water and other refreshments were available for those participating.

Just a week after Nairobi hospice held their annual charity walk, the coast hospice followed with a 10 km walk starting and ending at Mbaraki Sports Club.

Over 1500 participants took part in the event with the main sponsors being Safaricom with a donation of branded T-shirts worth Ksh. 750,000 and Royal Media Services’ Citizen Television and Bahari FM dedicating the much needed airtime in publicizing the event.

The event was flagged off by the Coast Region Provincial Director of Medical Services Dr Maurice Siminyu who emphasized on the need for regular screenings and check up especially for cancer as a result of increased cases in the Coastal region.

The walks saw some patients from the hospice take part saying they were doing it for those who could not walk as well as for physical fitness.

This year’s turnout for both walks was affected by a three week long teachers’ strike that was ongoing at the time which made it impossible for public schools to participate as they were out of session.

Despite the hot weather during both walks, participants were determined to help the hospices raise the much needed funds to enable the medical team provide specialist care to patients with life limiting illnesses at the hospices, in other hospitals and even within the comfort of their homes.