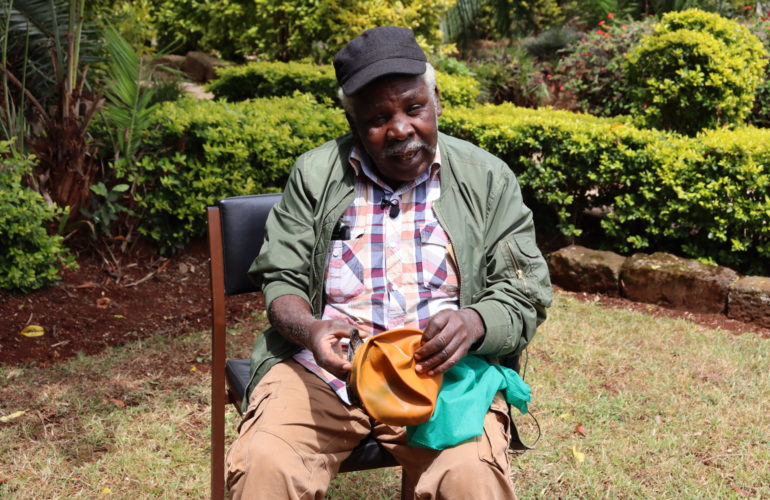 July 12, 2021 | No Comments
Categories: Care, Community Engagement, In The Media, Leadership, and Must Read.

Eliud Kaburu from Nyeri County was diagnosed with colon cancer over 30 years ago.

When doctors told him what the treatment entailed, he retorted that “as long as the treatment is not from the forest I am ready. The doctors laughed and they said they liked my confidence.” 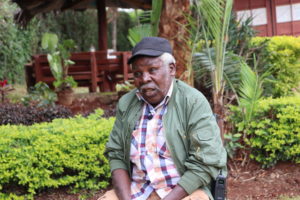 Kaburu, 70, recounted to the Standard his three-decade journey battling colon cancer and recalls how one day “in 1989 while I was working as a driver, I fell terribly ill, my stool had blood in it, I collapsed.”

He was working for an insurance brokerage firm that took care of the hospital bills after multiple tests confirmed he had colon cancer for which he had to use colostomy bags after surgery.

Kaburu was, however, retrenched and retreated to the village where life hurdles took a toll on him: he could not afford colostomy bags and base plate, but discovering the Nyeri Hospice lifted all his burdens from the physical and spiritual counsellors to lawyers who offer legal advice in case of a Will. 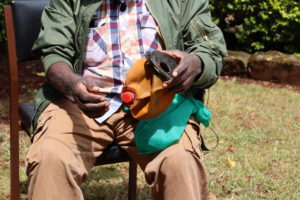 Improvised colostomy bag and base plate

“Even today the biggest challenge is the base plate. But now the hospice came in handy in giving us bags and base plates but since there’s a nationwide shortage, I had to improvise and make a base plate,” he explains showing his base plate made from a piece of tyre and homemade colostomy bag made from the inside of a basketball.

This is the condition most patients requiring colostomy bags go through and in Kaburu’s case, he grounds garlic for spreading around his stomach to prevent the smell as he’s not using proper colostomy bags. 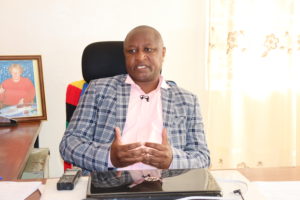 Nyeri Hospice CEO, Stephen Musya Maswili, says that the nationwide shortage of colostomy bags has affected over 150 patients and “it’s been hard to import the bags due to the pandemic” and exorbitant taxes saw put off importers.

“The ones in the market are very expensive one goes for USD 10 Sh1000,” says Maswili. “We’ve had patients who come here using paper bags as bags and that is not healthy.”

Another patient receiving palliative care at the hospice is Wilson Muriuki Kabiru, 69.

He had multiple myeloma, a type of cancer of plasma cells that damages the bones, immune system, kidneys, and red blood cell count in 2014. It got him into unbearable mental anguish and he recalls “I was in so much pain, I could not walk properly I had to use crutches, I had a surgery that went well. But after a while the pain resurfaced. After chemotherapy, I thought I was better, but in 2016 I was admitted again at Tumu Tumu hospital.”

In 2019 he was advised to buy morphine, a prescription drug that alleviates severe pain but which he could not get from chemists and hospitals. He was finally advised to look for a hospice which was “the first time I heard of hospice at first I asked, ‘did you mean hose pipe and how can a hose pipe help with pain?’” he recalls laughing and the Nyeri Hospice came in handy. 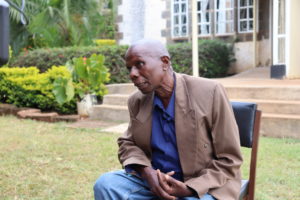 Dominic Mwangi, 69, from Mukurwe-ini which is about 40 kilometres from the hospice, has prostate cancer. Mwangi’s caregiver is his elder sister, Felshyna Wambura Mugane, 76 and who converted one of her timber rooms into a “ward” for him. 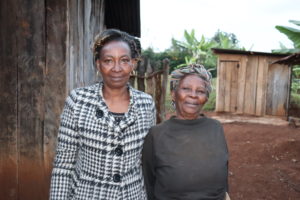 Wambura (right) and her daughter Nancy

Wambura’s daughter, Nancy Wachira, comes from Murang’a to check on his uncle every two weeks, and “if she goes beyond two weeks Mwangi will refuse to eat or take drugs,” says Wambura.

Nurses from the Hospice also come to dress his wounds and give him medication.

“I started taking care of him from the time he was born, so I was not going to stop now. I always make sure he’s eaten and taken his medicine though nowadays that’s a huge task, sometimes he just doesn’t want to eat so I have to force him. One of my sons changes and bathes him” she adds. 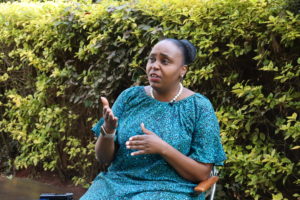 Besides training palliative care nurses and supplying hospices with enough free drugs, Karugu reckons that “the county governments should fuel vehicles that can do outreaches, to destigmatise cancer and make sure loved ones get the necessary help.” 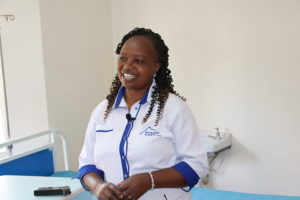 Eunice Nderitu a palliative care nurse, says palliative care entails “taking care of the patients and relatives” and does not mean one is in the final stages of life but it includes psychological and spiritual issues and “counselling includes anticipatory grief. We help them get rid of any guilty conscious.”

The Pro bono lawyers at the hospice every third Wednesday of every month also help patients to write a will or allocate property which has reduced the number of inquiries from relatives trooping with questions and “so the legal knowledge has been helpful,” she adds.

This article was written and originally published by a journalist in one of the daily newspapers in Kenya. Please find the link to the story here: https://www.standardmedia.co.ke/health/health-science/article/2001417174/my-30-year-battle-with-colon-cancer