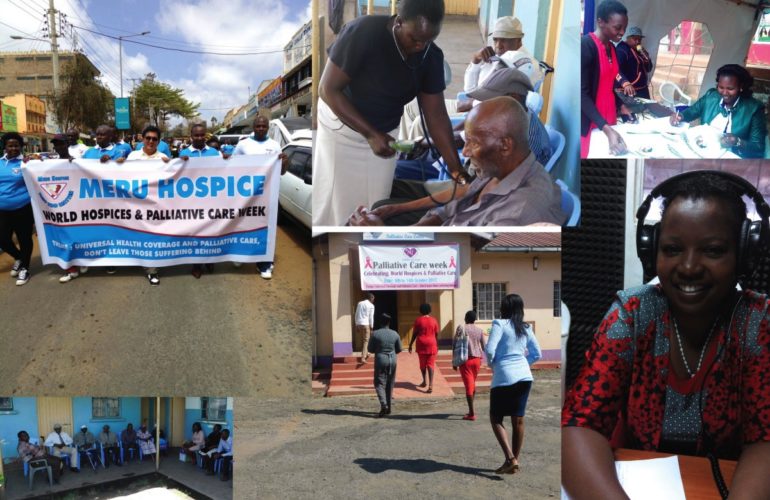 On 14th October 2017, the world marked the World Hospice and Palliative Care Day (WHPCDay17). The event themed Universal Health Coverage and palliative care – Don’t leave those who are suffering behind, saw hospices and palliative care in more than 45 countries mark the day in style.

·        KEHPCA did several media interviews on the integration of palliative care in different Television channels such as KTN and KU TV.

·        Nairobi Hospice conducted a media highlight on patients’ palliative care journey at the hospice which was highlighted in the Health Digest program, KTN News channel.

·        Nakuru Hospice organized for a cancer screening session that ran for three days and also visited home for the elderly.

·        Laikipia Hospice did a special to pamper the patients and their families.

In addition, this year, an incredible documentary called ‘Hippocratic’ a story of Dr. Rajogopal, who is an advocate of palliative care services in India, was also part of the WHPCDay. KEHPCA organized a film session on the same at the Kenya Medical Training College on 13th October where 70 Medical and Nursing students attended.

After the World Hospice and Palliative Care Day 2017, we are positive that Universal Health Coverage and palliative care will be greatly embraced in Kenya as we continue to support those who are suffering.