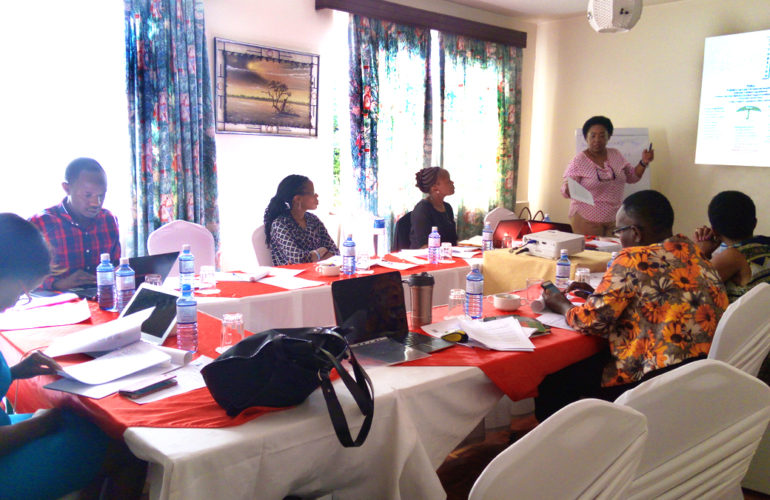 The most important step of all is the first step and for a palliative policy for Kenya, the first meeting took place on 26th February 2018.  The other stakeholders present included, Kenyatta National Hospital, Nairobi Hospice, Aga Khan Hospital and Kenya Legal & Ethical Issues Network. A background on the need for a standalone National Palliative Care policy was given by Dr. Gathitu a representative of the MOH. Dr. Ali the Executive Director of KEHPCA presented the World Health Resolution on Palliative Care which emphasizes on the strengthening of palliative care as a component of comprehensive care throughout the life course.

On the discussions based on the highlights presented, members raised concerns on various issues preceding having a National Palliative Care Policy. One of the concerns was on stakeholders. Members came up with 17 proposed organizations to be involved in the policy formation. Another concern was on creating awareness and a better understanding of palliative care. “It is not only patients who equate palliative care to end of life, many health professionals are equally ignorant”, said Dr. Munyoro. “We need to have an end of life policy separate from a palliative care policy”, she added. Contrary to many peoples’ assumptions, palliative care is not necessarily geared towards a preparation for the end of life but more to living with dignity a pain-free life amidst sickness, and an attainment of the highest quality of life.

In preparation for the next meeting to be held on 28th March, tasks were allocated to the members present. Members were delighted that although the formation of a policy is a long process, the first step was already in place, for a journey of a thousand miles begins with a single step.