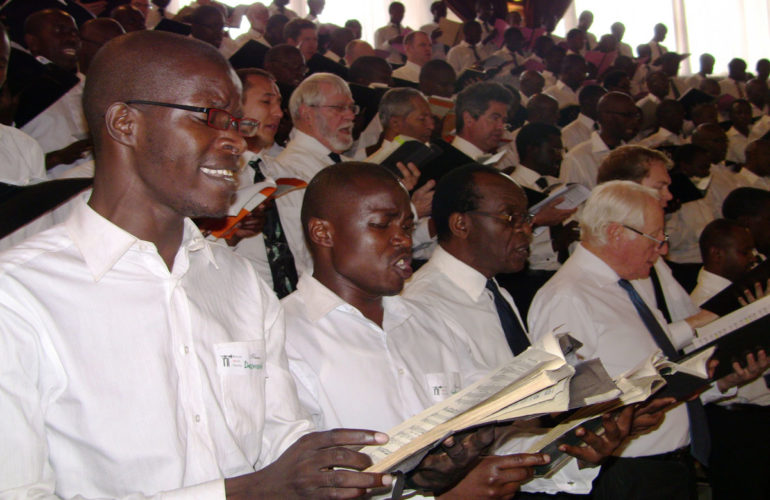 In marking the World Hospice and Palliative Care Day, Nairobi Hospice organized a Handles Messiah music extravaganza at the Bomas of Kenya in Nairobi.

Dubbed the Voices for Hospices, the event brought together various choirs that staged a performance that left hundreds of fans thrilled.

For harmony of voices and instruments, Mr. Mark Statler of Handel’s Messiah conducted the choirs from start to end.

“The work done by hospice around the world is a symbol of love and we are here to spread the love to even more people through music.” Mr. Statler said.

He added that music is an interesting connection among people across the globe saying that he enjoys making and performing music.

Nairobi Hospice CEO Dr Brigid Sirengo said there was a lot of support from various quarters including the police who ensured that security was at its best.

“We are happy that it all went well and I would  like to thank all choirs for staging such an artistic performance.” She said.

She thanked the sponsors of the event and those who attended the event in support of the worthy course that Nairobi hospice is undertaking to offer support to those with life limiting illnesses.

The main sponsor of the event was Safaricom Ltd with other sponsors being Alpine Coolers, Njoroge Regeru and Company Limited and the Kenya Civil Aviation Authority.

World Hospice and Palliative Care Day is a new unified day of action to celebrate and support hospice and palliative care around the world.

This is an idea developed in partnership with Voices for Hospice, the world’s largest simultaneous singing event in aid of palliative care.