Community Engagement Living And Dying In Pain: It doesn’t have to happen. (World Day 2016) - ehospice 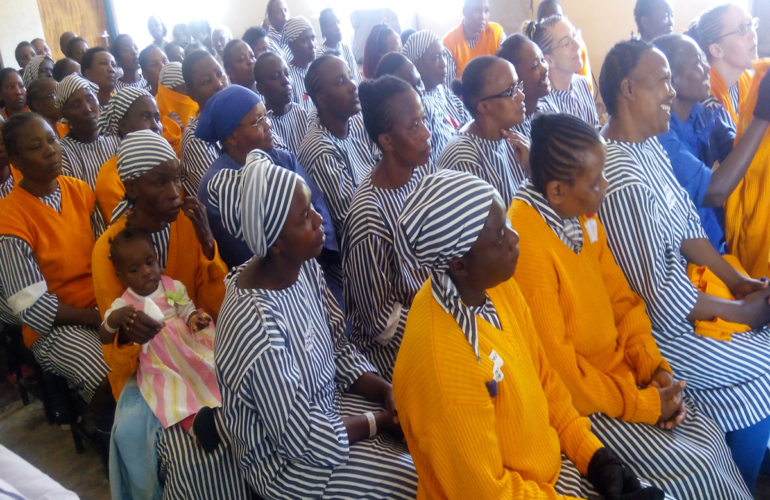 During the recently concluded World Hospice and Palliative Care Day (WHPCD) themed “Living and Dying in Pain: It doesn’t have to happen.” Various palliative care providers in Kenya sought out to create awareness in diverse ways. Kenya Hospice and Palliative Care Association (KEHPCA) the umbrella body for hospices and palliative care services in collaboration with the Ministry of Health (MoH) had a street banner with this year’s WHPCD message at the entrance of the MoH headquarters building to ensure that the message was communicated to many. In addition several messages were spread out on social media to build up to the D-day as well as to create awareness and educate the masses on the need of Palliative care and pain management

KEHPCA supported 10 of its member institutions to conduct various activities across the country. These included holding meetings with hospital administration to address issues availability of essential pain medication; training for HCPs on pain management; creating public awareness and visiting prisons.

·       Kakamega County Referral Hospital had a Continued Medical Education (CME) on Pain management at the hospital.

KEHPCA accompanied the Nairobi Hospice team to the prisons and the first thing that would strike you about the place is how clean it was and the kind of peaceful silence that roamed the area even as the inmates were in their various workshops.

A lot of challenges were raised by the in-mates in regards to pain and chronic illnesses. “Being in Prison is already a sad state and having a chronic illness makes it even worse” an inmate expressed.

Despite the routine mid day count/roll call that occurred in between the talk, the inmates were quite attentive and quick to ask their burning questions so as to put their fears and concerns at ease. KEHPCA and Nairobi Hospice planned to look into the availability of pain medications for the prison because so far what they had could not manage the in-mates’ pain.

As the talks came to an end, one could tell the thankfulness of the in-mates by their faces as they got to learn a lot about dealing with stigma, depression and pain.

“We thank you for coming and we have learned a lot. We would wish for you to come again and again, and also teach our medics on how to manage our pain.” said one of the inmates as they bid as farewell.

It is safe to say that the activities planned for WHPCDay were a success with majority of the goals and the main one being creating awareness on pain management were achieved.