Community Engagement Palliative Care for All by All - ehospice

Palliative Care for All by All 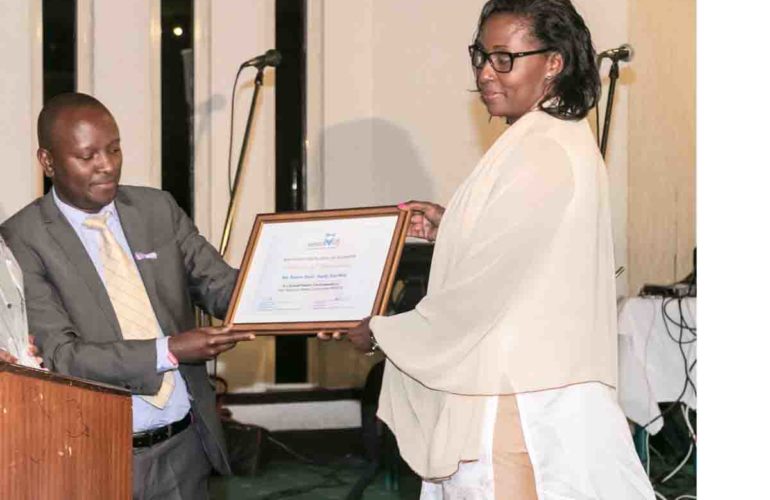 “We are the world, we are the children, we are the ones to make a brighter day so let us start giving,” was the theme song that started off the event.

The dinner theme was “Palliative Care is Everyone’s Business”, The dinner not only attracted palliative care champions from various corners of the country but also the general public and politicians including; nominated Senator Beatrice Elachi (Guest of Honour) together with Senator Zipporah Kittony, Senator Naisula Lesuude, Senator Kipchumba Murkomen, Senator Dullo Fatuma and Senator Martha Wangari and other distinguished guests together with the public.

The Ministry of Health has acknowledged the need of integrating palliative care and has supported various palliative care initiatives in the country including; seconding of staff to palliative care centers, setting standards and providing essential medicines including morphine. Dr. Joseph Kibachio, the head of Non Communicable Diseases division, represented the Ministry. He emphasized the need of scaling up the services and partnerships. “Palliative care is an essential care not only for cancer patients but for all patients faced with life threatening illness and should be available in all health care facilities. The Ministry alone cannot do it and there is need for partnerships to ensure the integration is successful” He added.

Dr. Kibachio thanked KEHPCA for being committed in spearheading the scaling up of palliative care in the country. “KEHPCA has done tremendous work to ensure palliative care is available and we value your support and partnership.”

A former student at University of Nairobi and a cancer survivor gave his testimony during the dinner. He has been battling with osteosarcoma (bone cancer) and during his speech he thanked Kenyatta National Hospital palliative care team for caring for him as he fought and survived cancer.

During the dinner (KEHPCA) appointed Honorable Beatrice Elachi to be their Goodwill Ambassador, after searching high and low for the one who would hold the palliative care torch. A goodwill ambassador is a person who advocates for a specific cause, on the basis of their prominence, through personal interaction.

“I am humbly taking up the task of KEHPCA goodwill ambassador. I am aware that there’s a lot to be done and I am up for the task ahead” said Honorable Beatrice Elachi as she gave her acceptance speech during the dinner.   Accompanying the senator were her colleagues and fellow senators, Senator Zipporah Kittony (Nominated), Senator Naisula Lesuude (Samburu County), Senator Kipchumba Murkomen (Elgeyo Marakwet) Senator Fatuma Dhulo (Isiolo)and Senator Martha  Wangari (Nakuru) who pledged support for palliative care initiatives and congratulated her for the appointment.

Honorable, Beatrice Elachi is currently a Nominated Honorable in the 11th Parliament of Kenya and first woman Majority Chief Whip in the Senate. She is a member of Kenya Women Parliamentary Association, Devolved Government committee and Business Committee.

“People ask why, while in palliative care ,we ask why not?” said senator Murkomen as he spoke at the dinner and made it known that senator Beatrice Elachi has the capacity and capability to push the initiative and them as senators will back her up when need be.

Senator Beatrice Elachi is a lady who is zealous and passionate about health care in Kenya and for that KEHPCA saw it fit to appoint her as the champion that will help the association, through media and events, to advocate by voicing issues on palliative care politically and influencing her peers, fellow politicians and the nation on the benefits of palliative care in Kenya today.

Dr. Esther Munyoro, Head of Pain and Palliative Care at the Kenyatta National Referral Hospital was quick to point out to the new Palliative Care ambassador that she was going to be the face and voice of patients’ plight in Kenya.

Whatever we possess becomes of double value when we share it with others. The good turnout at the KEHPCA awareness dinner showed us how a small act of kindness can help go a long way in the provision of palliative care to patients faced with life threatening conditions in the country and there are good people willing to give support for this noble cause.

The Executive Direct of KEHPCA, Dr. Zipporah Ali in her talk on palliative care emphasized the need for every Kenyan to be involved in palliative care as we all  had have been, currently are or will be affected in one way or other, whether as patients or as care givers. She stated that palliative care in Kenya can only succeed if we all take action and become advocates.

Several hotels including; The Travellers Beach Hotel, Sarova Lion Hill Game Lodge, Sarova Shaba Game Lodge, Laico Regency, Best Western Premier hotel and the Tamarind group- Carnivore Nairobi gave vouchers that were run through an interesting raffle during the dinner. May those who won the vouchers have fun.

KEHPCA thanks all corporate partners, institutions, individual, sponsors and volunteers who contributed in any way to make the event successful. Truly palliative care is and should be everyone’s business.