Surviving cancer gave me a new purpose in life 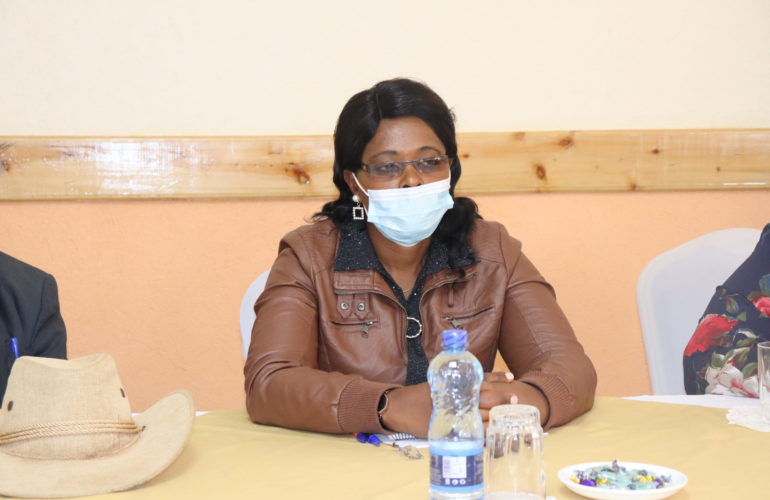 May 3, 2021 | No Comments
Categories: Care, Community Engagement, and In The Media.

Susan Macharia reveals that she first felt pain and a lump on her left breast while taking a shower.

When she went to the hospital, she found out that she had stage three breast cancer.

The cancer had extended beyond the immediate region of the tumor and had invaded nearby lymph nodes and muscles. This was November 2017.

What followed was a year-long treatment, which included countless trips to at least four hospitals.

She needed to inform her children about her condition but talking to them was not easy.

She says she did not feel adequately prepared to share the saddening news with them. So she started her treatment and even underwent mastectomy surgery before she could talk to her children about her illness.

A mother of three, her last-born was only five when she was diagnosed with cancer.

“I never wanted to feel weak before my children. I did everything I could to not show any weaknesses. I had someone go and break the news to them while I was away. I didn’t ask much about their interaction. I didn’t want to know how they had reacted because that would have broken me the more,” Susan narrates.

At work, Susan relied on someone who would stand-in for her whenever she was away for treatment. She says this helped her retain her job as a casual labourer as her tasks never went unattended.

However, her work struggles soon took a turn when her boss learned of her arrangement and asked her not to worry about having someone represent her whenever she was away for treatment.

This, she says, went on for the entire year she was undergoing treatment, something she is grateful for.

One of the ways that cancer patients can get to lead fulfilling lives is through palliative care – a medical caregiving approach that seeks to improve quality of life and mitigate suffering among people with serious illnesses.

According to World Health Organization (WHO), each year, an estimated 40 million people are in need of palliative care and only 1 out of 10 of them are currently receiving it.

Stressed about her family and her health, it took the intervention of a friend who introduced her to palliative care. From there Susan got counselling and advice on how to live healthily and worry less about her family.

It is through this care program that she got her prosthesis, after her mastectomy.

Then after a year-long battle, in December 2018, she was found with no recurrent cancer.

Enthused by her journey to recovery, Susan joined a support group motivating and caring for cancer patients – Nyandarua Cancer and Support Group (NCSG) – at the JM Kariuki County Referral Hospital in Ol Kalou.

She has since taken the leadership of the group where she uses her personal experiences battling breast cancer to motivate and champion the needs of the cancer patients within the group.

“There are countless obstacles to treatment and care for people suffering from cancer. Some cancer patients do not trust hospitals and refuse to seek medical attention. As a result, some of those suffering from cancer are resorting to traditional medication and the end result is that we are continually losing more and more members to cancer,” she says.

Susan, a testament to the community that cancer is curable, had eight chemotherapy treatment sessions, and she says lack of finances is one of the biggest challenges for those seeking medical care.

Not only is the cost of treatment exorbitant but also the cost of taking care of oneself or a patient with cancer is equally high.

She had to take herself to MTRH. She needed money for transport and accommodation expenses during the visits as she lived in Ol Kalou town, Nyandarua County, some 200 kilometers from Eldoret town.

For Susan, a casual labourer at the Ol Kalou Huduma Centre, the medical expenses were catered for by her partner’s insurance cover. However, she still had to find ways of supporting herself during the lengthy treatment process.

She needed to travel two days before her appointment date; meaning she had to seek accommodation at the town. Mostly traveling on Sunday, she would dedicate her Monday to queuing at the hospital and getting a blood test – a requisite before chemo treatment can be done on any patient.

After spending a second night at a hotel, she would then go for her chemo session on a Tuesday.

Feeling weak and beat after the session, she is glad her colleagues would come to pick her up and take her home for a week-long rest before resuming work again. This was how her eight sessions of chemo went.

“You are advised to take particular fruits during the treatment. A kiwi fruit, for instance, costs about Sh250 a piece and you need to take them regularly,” she says.

Susan says many cancer patients are unable to financially support themselves during treatment.

The support group – NCSG – is made up of patients and a few survivors; and this means they have a dire need for palliative care.

To help carter for the palliative care needs of these patients, Susan says that the group has a tight relationship with two palliative care nurses at the JM Kariuki Hospital who help coordinate the group activities and attend to the members from time to time.

Other than the nurses, NCSG also has a group of professionals who voluntarily render their services to the members free of charge.

They have a doctor and a pharmacist who help with the medical needs of the patients. They also have a gender officer who talks to the members about how best to take care of them. The group also has a chaplain who helps uplift and nourishes the spiritual being of the members.

The challenges faced by chronically ill patients were worsened by the Coronavirus pandemic. While life was already complicated for them, Covid-19 made it harder to access help and the necessary support.

They could no longer have regular meetings. It is from these meetings that they would get emotional and psychological support as they encouraged one another.

At the same time, Covid-19 not only meant they were at a greater risk of serious complications because they are already immunosuppressed but also created barriers to the patients seeking cancer treatment due to the resultant safety measures including lockdowns and movement restrictions.

Susan, with the help of professionals within the group, successfully lobbied for support from their county government and through the office of the first lady, they received a stipend of Sh2,000 and had their National Hospital Insurance Fund (NHIF) paid for the entire year in 2020.

Patients visiting health centres for costly procedures such as chemotherapy and radiotherapy – common treatment options for cancer patients – are now compelled to pay upfront premium contributions as a pre-condition for NHIF to foot their bills.

In a directive by the national insurer, all chronically-ill NHIF covered patients must first pay upfront for up to a year’s worth of contributions before they receive treatment, a move that has seen patients in their thousands turned away from hospitals across the country.

This article was written and originally published by a journalist in one of the daily newspapers in Kenya. Please find the link to the story here: https://www.standardmedia.co.ke/evewoman/health/article/2001411407/surviving-cancer-gave-me-a-new-purpose-in-life