They are also human 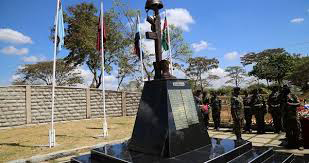 At the entrance we are received with much anticipation as we are requested to hand over our identification cards. The security detail at the gate maintain high professional attitude as they usher as in. As we walk towards the training room well known as “the officers’ mess” at the memorial hospital we are greeted with calmness and quiet environment which has well structured buildings, as army green combat uniformed individuals walk past us in groups of two or three.
Kenya Hospice and Palliative Care Association has been in the fore front in ensuring palliative care services are integrated in health institutions in every county in order to provide quality care to our ailing patients. Currently 70 palliative centers both hospices and palliative care units have been set up but this is not enough to reach the unreachable in the country. So far, there are over 65 palliative care provision sites in the country.
Advocacy programs such as continuing medical education (CME) is one of the strategic ways KEHPCA has used over the years to integrate palliative care services in hospitals reaching health workers. In 2016, we were able to conduct 10 similar CMEs in both public and private health facilities, reaching over 600 health care providers. The health workers are trained on various aspects in palliative care during the CMEs. The topics tackled during the training include concept of palliative care, the importance, communication and breaking bad news among others. These trainings help health workers understand the importance of palliative care in the patients’ lives.
KEHPCA conducted a CME at The Kenya Defence Forces Memorial Hospital (DFMH), Nairobi on 15th September, 2017 with 28 health workers in attendance. The team led by Christopher Maundu a palliative care champion at the health facility was taken though a presentation by our own Dr. Esther Muinga, special coordinator for access to pain relief and palliative care that highlighted different components of palliative care, pain and syndrome  control, allocation of resources and the role of KEHPCA.
The participants appreciated KEHPCA for the knowledge impacted in them on palliative care and also gave out several suggestions in terms of integrating palliative care services starting from the grass roots in the country. “KEHPCA should start from the informative stages in medical institutions so that it can be integrated in the curriculum,” suggested one of the participants. Esther also challenged them to be champions of palliative care as they interact with other counties. Palliative care is available in 25 out of the 47 counties in Kenya.
“Palliative care is crucial here since the hospital handles a big number of cancer as well as severe trauma patients” acknowledged the deputy nursing officer.
DFMH is a military medical institution that offers medical services to Kenya Defence Forces (KDF) personnel.  The hospital was officially opened on 14th October 1970 by Kenya’s first president, the late Mzee Jomo Kenyatta to primarily provide medical care for casualties during the ‘Shifta campaign’ in Northern Eastern province.