Dr Musa Manganye reflects on his journey with HPCA 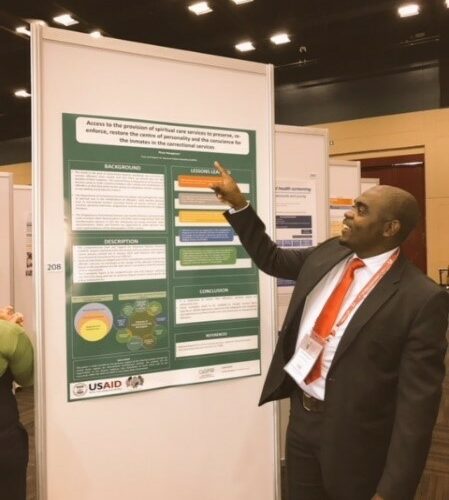 Dr Musa Manganye was the Technical Director for Hospice Palliative Care Association of South Africa (HPCA), Comprehensive Care and Support for Improved Patient Outcome (CaSIPO) project. He reflects on his journey in an interview with HPCA.

Dr Musa Manganye started working with HPCA in 2014 when he was hired as the Senior Technical Advisor. As he reflects, he says he has seen an evolution of the work that he did from one point of direction to another, in such a way that the work always kept him and his team on their toes. The evolution that he speaks of was for the betterment of the organizations involved as a whole – but especially relating to HPCA, as their focus was just on palliative care but moved towards working at a community level with Community based organizations, Adherence Club facilitators, Ward based outreach teams and facility personnel. In this way HPCA expanded their reach and paved their way around the policy direction that the National Department of Health took around ensuring that they retain clients in care.

HPCA together with Family Health International has been a spearhead around the completion of that policy and subsequent rollout, not only in the few selected provinces of the pilot but, across the whole country. It highlighted how Dr Musa Manganye and his team positioned themselves for policy change, policy advice and referrals. This went on to assisting the Government with various polies at different levels.

During all of this, Dr Musa Manganye realized how much opportunity there was for growth and innovation. He soon got promoted and was recognized as the Technical Director of the CaSIPO project. He believed the position had the characteristics of having the highest level of accountability and responsibility and knew things would never be the same again. He had to guide, direct and lead the team. He described the team as ambitious, innovative, enthusiastic and always wanting to learn.

Dr Musa Manganye’s greatest highlight was the massive success of the CaSIPO project. The implementation of the project not only got national recognition, but also got globally recognized at the International AIDS Conference in Amsterdam. The projects he worked on were fulfilling, challenging and exciting.

We at HPCA thanks Dr Musa Manganye for his hard work and dedication. Below is an extract from Dr Musa Manganye’s colleague which we think sums up the type of leader he is:

“Musa, you were the leader that gave us space to grow, led us unassumingly and with no chip on your shoulder about being in position of authority, supported us in our innovations that you could not have thought would fly always, affirmed the team, listened to us and absorbed matters before offering any advice, really a very humble, down to earth mphathi. Not many people who know what they know and know that they know it well, remain humble about that. Many would naturally want to show off and make others feel small.”