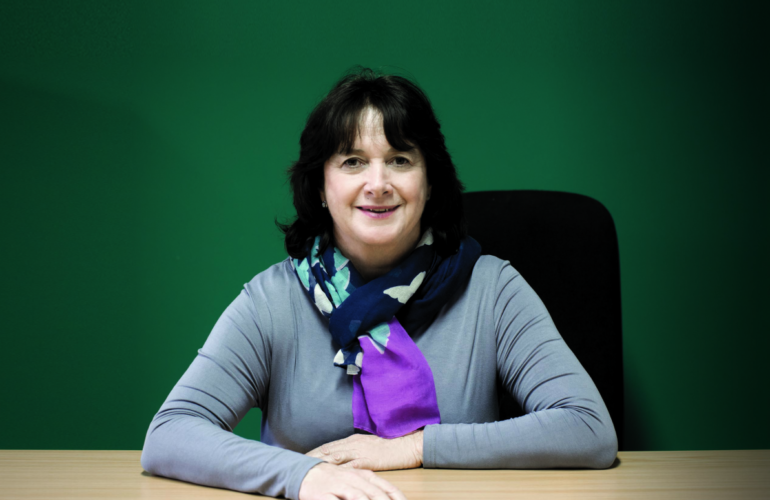 As Prof. Liz Gwyther starts the next chapter in her life, Kathy Michaelides, a former colleague and friend shares her memories of Liz and how she became an influential and respected person in the palliative care world, both locally and internationally.

Liz was volunteering as a family physician at Helderberg Hospice when she felt that she was ill-equipped to deal with the patients who needed palliative care. So, at great personal cost, Liz took herself off to Wales in the UK and got herself qualified in palliative care. She came back to South Africa and shared her knowledge and skills with all who would listen to her and spread this specialized knowledge via University of Cape Town (UCT) and through HPCA, when funded by PEPFAR to provide training in palliative care.

Then came Liz’s second passion, which was advocating for palliative care, wherever and whenever the opportunity presented itself. I was privileged to attend a palliative care conference in Australia with Liz, while visiting my son who lived in Australia. Boy, was I proud of her presentations. Apart from the clinical topics she was so expert at, she also presented on “Palliative Care as a Human Right”, influencing attendees from across the globe. She teamed up with like-minded crusaders, and they formed a formidable team, each advocating at home and abroad, to expand the reach of palliative care globally. They influenced policy and spurred the development of palliative care in many countries. Liz went on to become the chairperson of the Worldwide Hospice Palliative Care Alliance, where her advocacy continued. Back home in South Africa, Liz and HPCA did not rest their case until their advocacy influenced the adoption by the South African Government of the WHA Resolution on Palliative Care. South Africa co-sponsored this WHA Resolution 67.19 ‘’Strengthening of palliative care as a component of comprehensive care throughout the life course’’.  The Advocacy continues, to promote the implementation of this policy.

I first met Liz when I was the treasurer of  Hospice Association of Western Cape (HAWC) and she introduced me to HPCA. This was before the PEPFAR funding was granted to HPCA. Liz and others, but mainly Liz, spent part of their year-end holiday putting together a successful bid for PEPFAR funding, which was to continue in some form or another till today. Liz was not an employee of HPCA at the time and did this as a volunteer. Through this funding, HPCA was able to facilitate and fund the development of member hospices all over South Africa, and to build them into strong organisations, each serving their communities. This organization development of members and of HPCA, took place through education and training to develop skills, standards and accreditation for quality assurance, monitoring and evaluation to measure performance and mentoring to guide, encourage and motivate the members.

It is my opinion, that without Liz and the strong MANCO team which she led, none of this would have happened. With her inspirational leadership and passion for palliative care, Liz was instrumental in the growth of HPCA and it’s member organisations during the 10 years in which PEPFAR funding supported palliative care, thereby benefiting many patients, many of whom would not have received Palliative Care without these interventions.

In the 10 years that I worked with Liz, I was amazed by her competence in matters non-medical, for example HR management, and her relationship building with donors. She commanded respect wherever she went. I remember her returning from a South African medical conference, where Liz heard about a Self Assessment Tool at that conference. It got Liz thinking, and she said, if they can develop a successful Self Assessment Tool, why can’t we? And so the process began and the HPCA Self Assessment Tool (SAT) was born. In the absence of mentors and other support staff at HPCA, this tool has become critical today for member organisations to assess their own compliance with HPCA’s Palliative Care Standards. Quality Assurance and eventual COHSASA Accreditation are facilitated by this initiative. This is just one of many initiatives that Liz implemented, thereby developing HPCA and it’s member organisations.

Liz was a fantastic CEO, she led us, inspired us, motivated us, guided us and encouraged us to reach new heights. I wish the same for Liz in her new role at UCT. I am thrilled that she has earned this recognition and that she is now a Professor, continuing to spread her Palliative Care expertise, experience and skills with others.