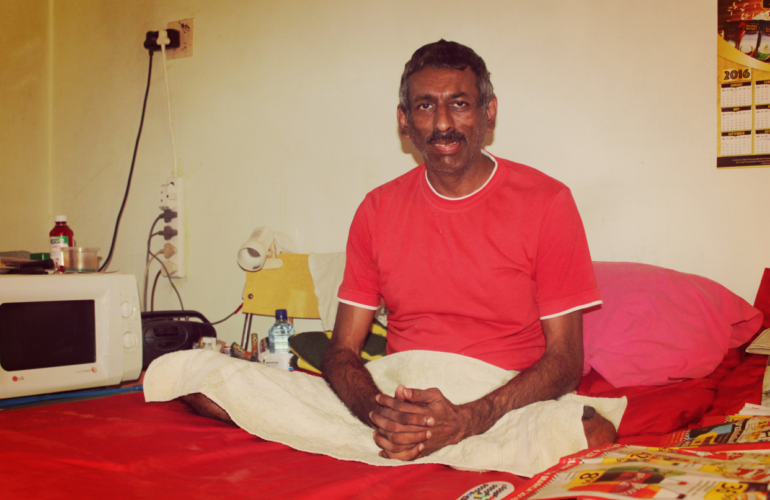 In addition to the physical challenges involved, HIV and AIDS can place strain on personal relationships – including those with a partner or family. These pressures and others can take a tremendous toll on your quality of life but if you remain positive, there is always a light at the end of the tunnel.

As we conclude our journey at Verulam Hospice, we travel to a little village called Stanger situated in KZN. With a population of over 134 000 people and the closest hospice about 47km away, we meet Santos who is no stranger to Verulam Hospice, receiving care for the past 6 years.

In 2009 Santos fell ill and after taking a HIV test, he found out he was HIV positive. Very much in denial and shock he found it very difficult to accept this news. His health started to become worse and at the time one of his colleagues recommended that he contact Verulam Hospice for help.

When the nurse first assessed him, she discovered he had a CD4 count of 50 and his body started to deteriorate to a point that he became paraplegic from the waist down. Being paraplegic resulted in him not being able to work anymore and he was alone at home with no access to therapy. To make matters worse, Santo’s wife too discovered she was HIV positive but fortunately she managed to get treatment in time and could continue working.

The disability grant he receives is used for transport costs, to and from hospital for his regular checkups and ARV’s. “Being on ARV’s is what is keeping me alive and helping my CD4 count increase.” he said. Santos is very grateful for the care and support he has received from Verulam Hospice especially assisting him with needs such as food and clothing. “They are really amazing and I’m not sure what I will do without them. They have taken the definition of care to another level which is unmeasurable.” he concluded.