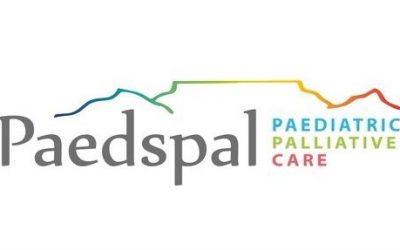 The seven bedroom, five-bathroom double-storey property will soon be demolished and rebuilt to municipal specifications. Upon completion it will offer a first of its kind service in Cape Town: a hospice house with eight beds for sick or dying children, and additional rooms for their families.

The project is spearheaded by Paedspal – Michelle’s paediatric palliative care NGO founded in 2015 – and is funded by the Rohan Bloom Foundation set up by Rodney Bloom, the father of young Rohan who succumbed to cancer in 2016.

During 14-year-old Rohan’s final days, Michelle supported the Bloom family at the Red Cross Children’s Hospital in Cape Town and two private hospitals in the city. Rodney recalls the trauma: ‘In Rohan’s final days we would sleep on couches outside the ward. There just weren’t facilities for the parents.’

Now, Rodney wants his son’s legacy to live on through this gift to other families suffering similar heartache.

Situated 1.5 kilometres from the Red Cross Children’s Hospital, Rohan House will offer specialist round the clock palliative care to children, with accommodation for their parents. There will be counselling spaces and therapy rooms – aromatherapy and art therapy – and playrooms. And a garden for patients and their families to relax outside.

Michelle adds that the facility will offer ‘respite care’ too. ‘This means parents who are absolutely exhausted will be able to bring over their chronically ill children, while they take a break,’ she says. ‘Knowing that their kids are properly looked after.’

One set of parents who will benefit from Rohan House are Nashrullah and Tasheeq Jansen, who live in a wendy house with their three young daughters in Belhar, on the Cape Flats. Their youngest daughter, Jehaan (5), has various debilitating conditions, including Sturge Weber Syndrome. Jehaan is one of Paedspal’s outpatients.