Resident bows out after 28 years at east hospice 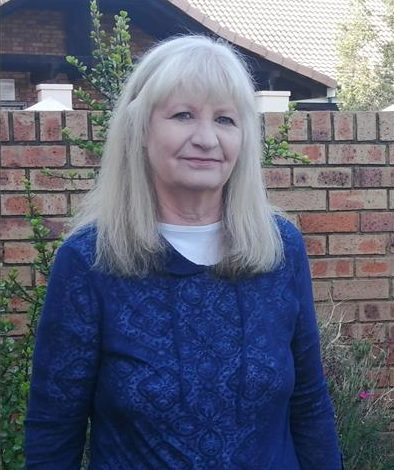 The Pretoria Sungardens hospice bid farewell to its general manager who spent nearly 30 years of her life serving the organisation. Wendy Uys (65) of Menlo Park has retired after starting her career at the organisation back in 1992.

It all started after her husband was killed in a car accident in 1991 in Richards Bay.

Wendy and her three children then had to move back to Pretoria where her family became their support base.

“The kids started school and I was left alone not knowing what to do with myself.

“The founder of Sungardens Hospice, Shelagh Lahoud was on TV one morning asking for volunteers to assist with numerous tasks. The hospice was situated in Jacqueline Drive in Garsfontein, just down the road from me.”

Without any hesitation, the mother of three offered her services to the hospice as a volunteer.

Only working on Mondays, her task was to send thank you letters to donors.

“I hated weekends and couldn’t wait for Monday to come so that I could go to work,” she said.

“Over the course of the year, my days were increased to three mornings a week, doing admin tasks and paying salaries to nursing staff.”

She has been working as the hospice’s general manager since 2005 until her retirement last month.

The hospice cares for 200 patients in the comfort of their homes, with seven beds for in-patients.

In a twist, Wendy met and married Chris Uys who had lost his wife to cancer when his three children were only 14, 11 and four years old.

“We had this combined family of six kids,” she said.

“Our lives were changed forever.”

The mother of six said the past 15 years as a general manager have been a roller coaster ride, but she loved every moment of it.

“I have such fond memories of Sungardens Hospice. The one that stands out the most is a bequest from a dear friend of my husband in 2010, Beverley-Ann Farndell, to the amount of R8-million and she was not even a patient of us,” she said.

Wendy recalled how businessman Eric Chapman left this property to the hospice, enabling them to grow and make place for their sustainability project.

“Twenty-eight years later, little did I know that Pretoria Sungardens Hospice would become my whole world,” she said.

“It was my happy place. A place that healed me. Staff who were there for me when I needed them the most.

“I will now have time to spend with my husband, children, seven grandchildren and my mum who turns 90 years old this year – and time to take care of myself.”

Taking over from her will be elected ward councillor Pieter van Heerden who served as a board member at the hospice for the past four years and has been a vice-chairman for the past year.

Van Heerden has lauded Wendy for her dedication to the hospice and asked that donors continue to support the establishment.

“As a caring organization we do not turn away patients on account of affordability, we care for all patients who qualify for treatment within our treatment protocols,” he said.

“For that reason we need your continued support.”