Care A patient in their last year of life is rushed to hospital every 20 seconds, new report finds - ehospice

A patient in their last year of life is rushed to hospital every 20 seconds, new report finds 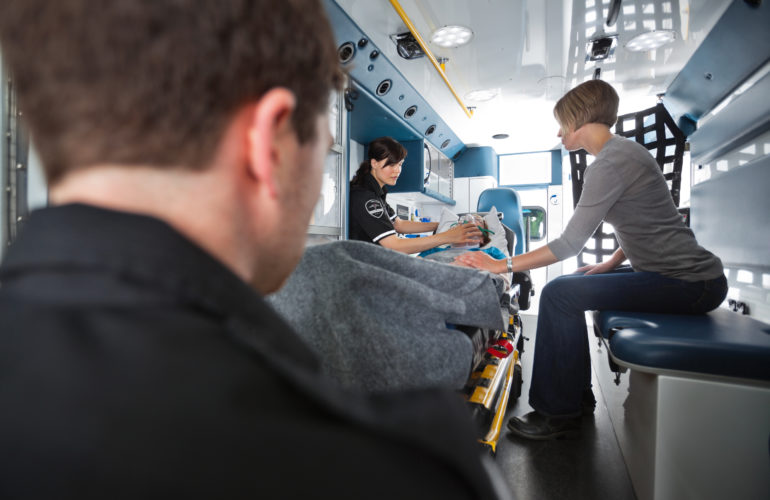 A new report by terminal illness charity Marie Curie has found that of all emergency hospital admissions in Britain approximately one in four is for someone in their last year of life. This equates to one patient rushed to hospital as an emergency every 20 seconds.

The data from the NHS in England, Wales and Scotland, paints a grim picture for patients with a terminal diagnosis who can expect to spend, on average, up to three weeks on a hospital ward.

How often patients are taken to hospital and how long they spend there depends on the illness a person has and where they live. For example, people with dementia in Wales spent on average one month of their last year of life in hospital – far higher than in England and Scotland.

Lung disease patients in England were taken to hospital twice as often as people in Scotland with the same condition. Cancer patients in Scotland, however, will spend longer in hospital than the national average.

The data also shows that cancer patients have more emergency admissions in their last year of life than those with a non-cancer diagnosis, however, non-cancer patients will experience longer stays in hospital with each visit.

The charity says that more innovative models of care in hospitals, along with better provision of high-quality care in the community, can help get people home from hospital quicker and keep them safe at home. In doing this patients will only get rushed to hospital when they absolutely need to be, resulting in a better quality of life and a much more effective use of already stretched NHS resources.

“Behind each emergency admission of someone approaching the end of life is a family in crisis. There’s a family whose loved one wants to be at home with the people they love, making the most of the time they have left. Tragically, this winter, many people will be taken to hospital when they don’t want or need to be there. This is how they will be spending their last Christmas.

“Many of the admissions to hospital for these people could be avoided if high-quality care had been available to them in the community. Even worse is the fact that these patients will be known to their local health and social care professionals. The system knows them, knows what level of care they need but continues to let them down.”

“Emergency admission to hospital at the end of life is often a symptom of the failure to provide appropriate community based services to people and their families.  Few people would choose to be in a hospital bed at the end of their life, but it is a sad reality for almost half of people who die each year.

It’s vital that the NHS invests locally in community based services, like hospice care, that can be a lifeline for families, and can help prevent avoidable and distressing emergency admissions to hospital.”