In The Media Book review: The worm at the core - ehospice

Book review: The worm at the core 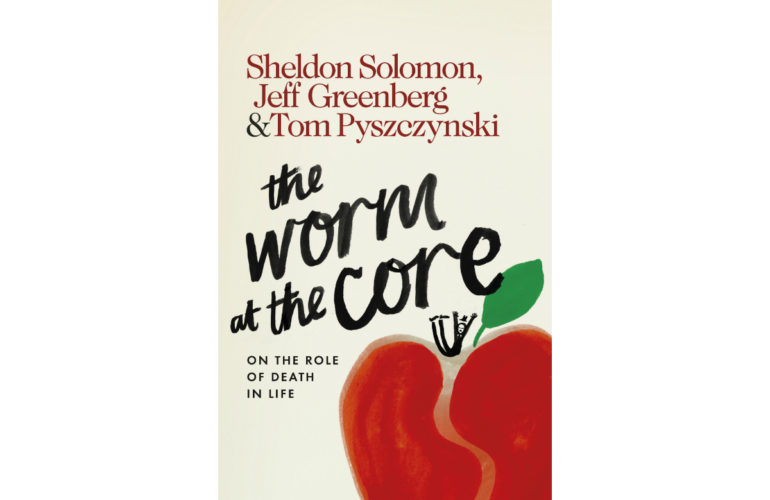 ‘The worm at the core: on the role of death in life’ is something of a landmark in the history of discussions about the problematic relationship between humans and mortality.

William James, a 19th century psychologist, considered that ever since Adam and Eve nibbled on that forbidden apple from the Tree of Knowledge, there has been a “worm at the core” of the human condition – the knowledge that we are mortal.

Humans are aware of themselves as existing in a particular time and place and of having a past, present and future. This enables people to make plans, build societies, create monuments and art. Yet this insight has a dark side; awareness of mortality is both the making and the unmaking of human beings.

This book traces out a three decade history of an intellectual movement in experimental existential psychology known as terror management theory (TMT). The authors suggest that the relationship between people and death is at the essence of what it means to be human. And an impressive corpus (sorry!) of over 500 experiments have been undertaken to examine different ways in which reminders of death influence human behaviour and thought.

The book is divided into three main sections; the first describes the basic tenets of TMT.

To bring the theory alive, the authors describe a small selection of experimental findings and draw on various poignant, amusing, profound and shocking anecdotes. Collectively, these stories illustrate the myriad of ways in which human beings throughout history have sought to protect themselves from the uncomfortable awareness of mortality and provide compelling support for the explanatory power of TMT.

The second section elegantly demonstrates how historically and culturally disparate social practices, when viewed through the lens of TMT, are in fact surprisingly similar. Throughout written history, myth, ritual and religion – and more recently medicine, science and technology – have served to create symbolic and literal immortality. This section is peppered with archeological and anthropological examples of this, from the elaborate funeral customs of the Russian Sungir, to Gilgamesh’s quest for the thorny immortality plant that grows only on the ocean’s floor.

The third section turns a critical eye to the impact of mortality salience on today’s society, and it is here that this book offers a pertinent and timely perspective on many of the contemporary issues facing us in the West. No social ill is left unexamined, as the authors explore in turn the impact of defences on our relationships with our sexuality and animality, our ageing and crumbling bodies, gender and racism, illness and youth. They suggest that the ideology of Western medicine exists, essentially, to buffer us from thoughts of death, to create an illusion of immortality, and to shield us from anything that reminds us of our mortality.

One study reports on medical students who were presented with a fictional case study. Those who had been exposed to a reminder of death before reading the case study were more likely to attempt to try to extend life even where this was clinically and morally inappropriate. This has powerful implications for thinking about the issues which face us in end of life care in the UK today; how much of an impact do individual and organisational defences have on clinical decision-making?

The core message of the book is an optimistic one: just because humans might still be feeling the legacy of that stolen worm-infested apple, the awareness of death doesn’t need to be detrimental to a life fully lived; death awareness can enrich and illuminate human existence. In hospice care, attending to enriching people’s self-esteem and helping them to create meaning out of their existence can buffer against death anxiety.

The book ends with a challenge: when you act, are you acting out of fear? Are you driven by defence? And in dealing with other people are you thinking about how their efforts to manage the terror of death are affecting their actions and how your own defences are affecting your reactions to them? These are pertinent questions indeed, and profoundly relevant in hospice care, impacting on our relationships with ourselves, and our patients, colleagues, and communities.

There have been challenges to many of the claims of TMT, with the most common being that the endeavour to seek a single unifying theory to explain the complexities of human behaviour is simplistic. However, despite methodological and epistemological objections, the message of this book is profound and timely; unconscious and conscious thoughts of death are a constant influence on us. Our attitudes towards others are similarly influenced; distancing ourselves from people perceived as “different” or obsessive health-seeking behaviour are examples of what Solomon calls the “not me, not now” mentality.

Terror management theory is certainly not without its critics, and this book is by no means the only perspective on the complex relationship between humans and mortality (see, for example, The hour of our death by Philippe Ariès, A social history of dying by Allan Kellehear, Being mortal by Atul Gamunde and Death’s summer coat by Brandy Schillace), but this book is nonetheless a worthy addition to this noble bookshelf, offering a rich and accessible insight into many of the issues which plague contemporary Western societies.

Beautifully written and filled with vivid and resonant case studies, this is a book to devour, contemplate and revisit.

The worm at the core: on the role of death in life by Sheldon Solomon, Jeff Greenberg and Tom Pyszczynski is published by Allen Lane.