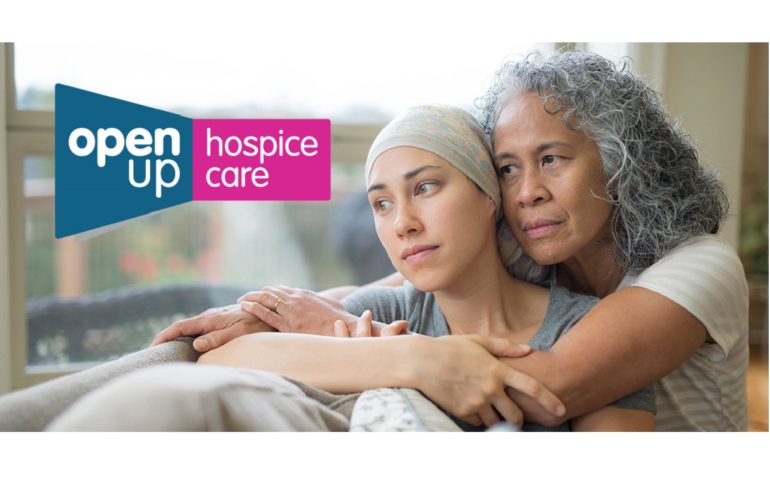 The Thunderclap message will read: “1 in 4 families who need #hospice care can’t get it. Help Hospice UK to change that and #OpenUpHospiceCare http://thndr.me/B9QpxC.” Social media users are encouraged to sign up for the message to be shared as widely as possible via Facebook, Twitter and Tumblr tomorrow (Thursday 13 July at 12.30 pm).

Open Up Hospice Care is aiming to raise funds and awareness of the work hospices do to broaden access to hospice care, as research by Hospice UK found that one in four people who need hospice care are not able to access it.

Studies have shown that people from economically deprived areas, BAME (black and minority ethnic) and LGBT (lesbian, gay, bisexual and transgender) people are not seen in palliative and end of life care services as often as expected. People with terminal conditions other than cancer access hospice care in fewer numbers and later in their illness than others, and people who live alone also tend to have barriers to end of life care.

Some of the personal stories featured in the campaign have been covered by Metro and the Daily Mail. Other stories will feature in consumer magazines such as Bella and Yours later in the year.

In addition, the campaign has been covered by several BBC regional stations including BBC Radio Cornwall and BBC Radio Shropshire, and newspapers such as The Northwich Guardian.

In terms of digital engagement the Open Up campaign has also made a great start. The Open Up Hospice Care film has been viewed 16,000 times, Facebook reach has exceeded half a million people, and Twitter has seen a reach of just over 220,000 people in the first nine days of the campaign. It is aiming for a million people to sign up to Thunderclap.

To sign up visit Open Up Hospice Care Thunderclap

For more information about the campaign visit Open Up Hospice Care