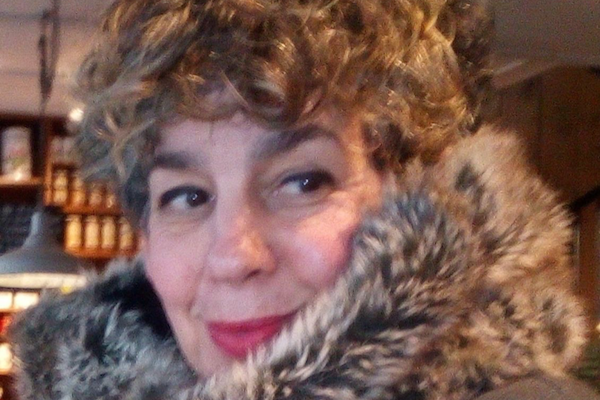 Barbara Altounyan, the founder of The Hospice Biographers charity that records the stories of terminally ill patients on audio, has received a Points of Lights Award, an accolade awarded by the Prime Minister.

A TV executive producer, Barbara recorded her father’s memories towards the end of his life in a hospice, which led her to realising that more patients should have the chance to share their stories and preserve valuable memories for their family and friends. Since creating the charity in 2017 over 200 patient stories have been recorded in 35 hospices across the UK.

Interviews are recorded by volunteers who are trained by the charity to use broadcast-quality recording equipment.

“I know you do this with no thought of praise or reward, but allow me to offer my own recognition of your incredible work which brings the gift of memories to families across the country.”

Commenting on the award, Barbara said:

“We are thrilled to receive this very worthwhile PM award honouring the work of volunteers.

“Every life story we record on audio from our hospice patients is a life remembered for their family and friends forever. What other family heirloom can be as valuable as the voice and memories of one whom you’ve loved and cherished.”

Every day of the week the Prime Minister recognises an inspirational volunteer who is making a positive change in their community with the daily Points of Light award. The UK award was set up in partnership with the US Points of Light Foundation, which was established in 1990 by President George Bush.

The award is a way for the Prime Minister to thank people for their outstanding voluntary service, and to inspire others to volunteer by shining a light on an individual’s exceptional work.