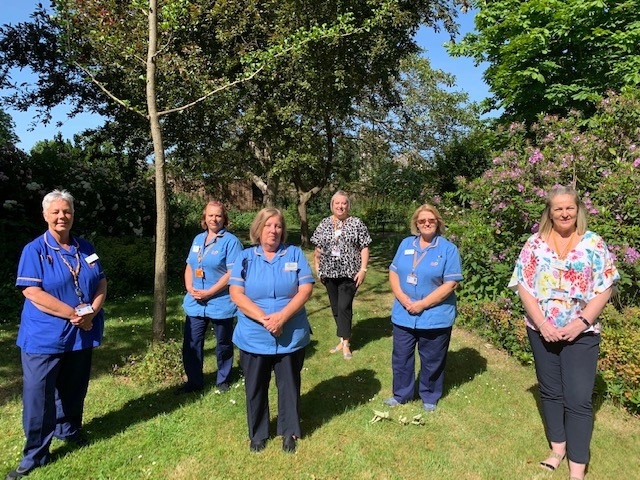 Over the past two decades the Hospice at Home service operated by Saint Francis Hospice has cared for over 9,000 people. The specialist service, which offers people the choice of spending their final days at home with their family and friends by their side, recently celebrated its 20th anniversary.

“From small yet generous beginnings, we have grown a team that is just one of the outstanding care services our hospice provides,” said Tes Smith, Director of Quality and Care. “Come rain or shine, our nurses are always there for our patients with such commitment and professionalism. I’m in awe of all they achieve for people in our community.”

Saint Francis Hospice opened in 1984, after a group of volunteers had spent almost ten years working tirelessly to make the idea of a local hospice a reality and raise funds. In 1985 work began on a home care service, with the pay for two nurses funded by a Trust. An occupational therapy service was introduced that same year, and the bereavement service began the following year. While a day service was introduced in 1988, building work began on a dedicated facility, which opened five years later.

The Hospice at Home project was made possible in 2000 thanks to the generous legacy of lifelong supporter Margaret Helen Markus, who left £400,000 to Saint Francis Hospice in her will. It was initially funded and piloted for three years.

Since then, the Hospice at Home team has continued to grow and develop, providing hands on practical nursing, care and social support on a 24/7 basis, 365 days a year.

In October 2016 the service expanded to cover the Redbridge area, following a drive to provide the area with the same level of service as their other catchment areas of Havering, Brentwood, Barking and Dagenham, Redbridge and West Essex.

Julie White has been part of the team since the beginning, and she still remains as enthusiastic as she was two decades ago. “I still relish in learning the latest methods of care,” said Julie, who has seen many changes over the years, from expanding the area they cover to the changes in uniforms.

But what has always remained the same is the care and support they offer. “The patient is our priority, but we look after the whole family. Many families have never experienced caring for someone who is dying, so they may struggle. It’s a privilege to support them during this very precious time.”