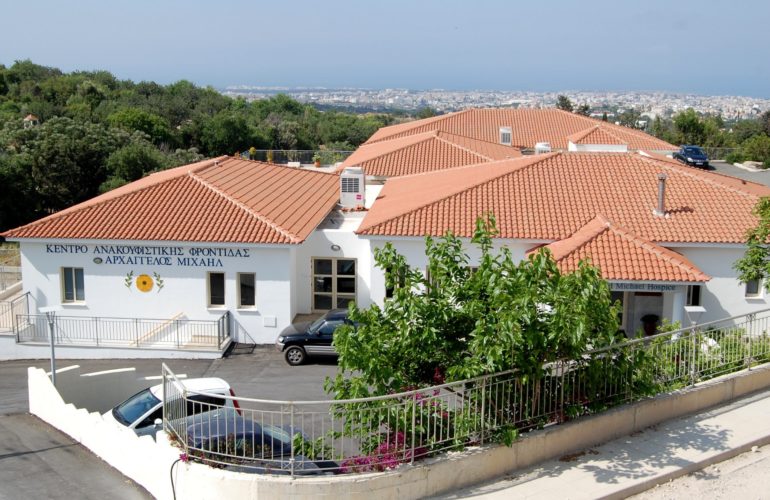 Nigel Hrtley, the CEO of Mountbatten on the Isle of Wight, has accepted an invitation to become an Honorary Advisor to the team at Archangel Michael Hospice in Paphos, Cyprus.

The role will include providing advice, guidance and support on management issues and the day to day running of the hospice, as well as supporting the team to continue to grow and to improve its already high standards of care.

Hospice care is a new concept in Cyprus and the team has asked for advice on new and creative ways to deliver the message of what the concept is to the larger community in general and, especially, the Cypriot community.

“I approached Nigel as we have been twinned with Mountbatten Hospice since 2016 and I have had the privilege of meeting him and seeing first-hand what he has achieved. That, together with his history of hospice care and end of life experience, made him the ideal person for the role of Honorary Advisor.”

“Sharing knowledge and expertise between hospices is fundamental to the hospice movement. I am really delighted to have been asked to share our experiences here on the Isle of Wight with our colleagues in Cyprus and I know that we will benefit just as much from learning about the way they do things.

“I am so proud that the innovations and leadership of our team here on the Isle of Wight is attracting so much attention from other hospices, and that our support and advice is valued so highly by other organisations who are keen to learn ‘the Mountbatten way’. This certainly paves the way for other partnerships where the sharing of learning and expertise can only be of greater benefit to the communities they support and to people facing death, dying and bereavement.”