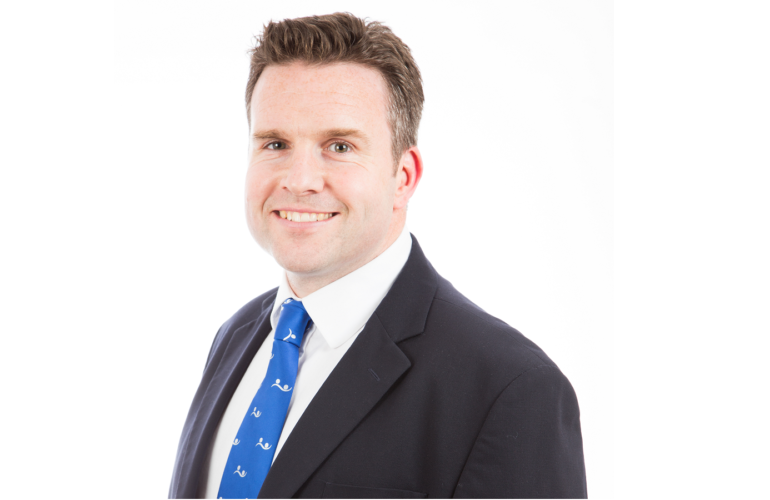 Around five years ago North Devon Hospice decided to implement a service to reduce the proportion of unnecessary admissions of end of life care patients to the local hospital, which they found was as high as 70 per cent.

“It’s the classic 2 am in the morning scenario” Stephen Roberts explains, “their symptoms change, the relative rings their GP out of hours and as soon as they find out they are a terminally ill patient they think it’s best to get them into hospital. We thought this was such a massive disruption for the patients and their loved ones, and an unnecessary drain on NHS resources.”

They set up a rapid response service with a team of multi-skilled nurses and healthcare assistants who can be called upon by the out-of-hours GP to attend to patients in their homes.

Another way they have substantially reduced admissions to is by tracking GP referrals. This was conceived when they realised the relationship between the GP practice and the hospice was restricted to framework meetings between the patient and the community nurse, hospice and GP in question. “The extent of the conversations was very limited by time and topic, and considering the incredibly important role GP practices play in whether a patient and their loved ones get hospice support we felt very strongly that we needed to up our level of engagement with them, so it’s not just on the shoulder of the clinical nurse specialist to own that relationship.”

To do this Stephen, the hospice’s medical director and the director of care delivered roadshows to each of the 21 GP practices in North Devon. These have proven hugely beneficial in terms of delivering targeted training to each practice, making them aware of the impact hospice support has on a patient and their family, and as a reminder that hospice care is not just for cancer patients.

An immediate change they noticed was an increase in referrals for the first three or four weeks, but then they would drop back down again. “So we thought of another way of engaging with them, and we now produce an annual referral report which we send out to them between our visits as another nudge. It tells them how their practice ranks compared to others in the area in terms of the total number of referrals.”

The report also details the reasons for referral, and while the majority are for symptom and pain control there are several for supportive and emotional care, which gives them the opportunity to highlight these aspects of hospice care.

As a result there’s been a more steady rate of referrals. “Generally they’ve gone up from 10 to 30 per cent, and while there are still peaks and troughs it’s certainly made the troughs less deep.”

The hospice is also working much more closely with North Devon District Hospital itself. “The hospital operated in a slightly siloed fashion in that we could be caring for a patient for months, maybe even years, but if they went into hospital we wouldn’t necessarily know about it for days” Stephen says.

“The problem was that all the knowledge of that patient and their family wasn’t passed on to the ward staff in the hospital. As far as the hospital’s palliative care team is concerned this was a brand new person. And in terms of the continuity of care and relationship management it was a pretty poor experience for the patient as well.”

When two nursing posts became vacant at the hospital, the hospice saw an opportunity to form a closer relationship by appointing two hospice nurses to the roles. “Normally they would be aligned to the GP practice for the area” Stephen explains, “instead we now have two nurses who are aligned to the hospice. They are based permanently at the hospital but the key differentiator is that because they are hospice nurses they sit in our Monday morning meetings, and if there are any patients known to us all that knowledge can be shared so that the nurses can continue their care in the hospital setting.”

“The real change is that historically the palliative care nurses would essentially wait to be called, whereas our nurses are doing daily walk rounds to answer any questions, identify patients as soon as possible and get to know the staff on all the wards so that whether it be giving advice or getting a discharge sorted they’re there at hand.”

There have been challenges, and Stephen explains these have been around the levels of awareness of hospital staff. “One is changing the way they use our service, because historically they’d call us on a needs basis, purely around what the patients’ symptoms are. Now we’re trying to broaden this by getting them to notice that for instance every time a patients’ wife comes to visit she’s really struggling, and maybe we could get her some emotional support from the hospice.”

“The second is their ability to recognise dying, and the point at which they call our nurses in. What we’re seeing is that the patient is literally within their last hours of life when they suggest we discharge them or get them to the hospice because they want to die, which is completely inappropriate when they are in the dying phase.”

“On the flipside just raising awareness of not over-medicalising people’s terminal illness. If you’ve got someone who has a terminal illness, to what end are you doing hourly monitoring and blood tests? That’s another challenge, we need to ensure hospital staff understand the nuances of end of life care for terminally ill patients.”

The problem of over-medicalising death is common right across the NHS, Stephen says. “This was substantiated by the Royal College of Physicians report on general practice not being great at having difficult conversations. It starts there and goes right through to the identification of death.”

Hence you get these scenarios where I particularly feel for some of the ambulance trusts who are called out to dying patients, and there’s an expectation on them not just by the family but often by the other medics or healthcare partner who’s called them out to try out resuscitation. Why are you resuscitating a 97-year-old with COPD? They might think that was their wish but if you look at their record, at what’s called the Treatment Escalation Plan (TEP) form it might not have been updated for five years. Then you end up with situations with the paramedics carrying out a rather aggressive resuscitation on a patient for whom that may not have the best outcome, as odd as that sounds.”

As well as finding new ways to integrate services, in 2018 the hospice won Hospice UK’s Innovation in Income Generation for their North Devon Monopoly board game, which has not only proved to be a great source of income, but has also helped to raise awareness of the hospice throughout North Devon.

Stephen had the idea quite by chance during a weekend break in St Mawes, a small fishing village in Cornwall. He spotted a St Mawes Monopoly board in a local shop, and when the shopkeeper 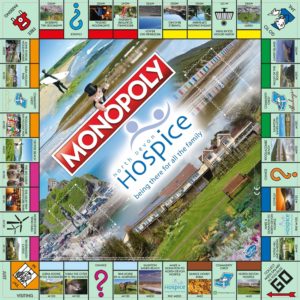 explained how fast they were selling his curiosity was piqued. “I thought, second to agriculture the biggest industry in Devon is tourism. If St Mawes can do it, surely we can.”

He approached Winning Moves, the subsidiary of Hasbro who are responsible for bespoke games, who explained they only make a certain amount of customised boards per year, and they would need to go through a selection process. “I put in a formal application, and probably for the first time in the English language the words North Devon, Bahrein, Boston and Abu Dhabi appeared in the same sentence.”

Once they got the go ahead they set about deciding what should go on the board – a mix of locations and businesses unique to the region. Creating the board was used as a fundraising team engagement exercise, splitting staff into teams in the style of Dragons Den to come up with designs and ideas.

“We took the best ideas from the teams and approached all the entities in question. There are 32 squares on the board so we asked if they would like to pay to be on it, as it would be something unique that would give them some publicity. All but one did. We managed to fund 60 per cent of the cost of the board in sponsorship alone.”

“It was a really good way to engage with corporates, rather than saying, can we be your charity of the year or will you donate. It was a really different level of conversation we had with them.”

They ordered 4,000 games to begin with, “holding our breath a bit” Stephen says, but just over a year later they had sold out and made a net profit of over £65,000. “We’ve just done a re-order. We’re going to take stock after every batch to see if it’s still got life in it, but there seems to be a steady trickle of sales for the tourist trade.”

“It’s been really fun, and it’s nice to involve the whole of the hospice in its development and get the local community behind it as well. It’s been great for raising our profile.”