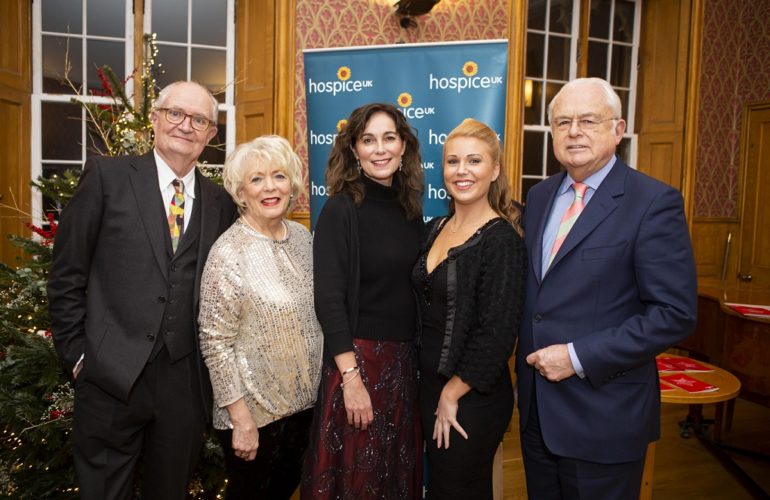 The event took place at St Luke’s Church in Chelsea where around 400 guests enjoyed an evening of traditional carols, celebrity readings and a performance by soprano Olivia Grace Piper, followed by mulled wine and mince pies.

Jim Broadbent is an Academy Award, BAFTA, Emmy and Golden Globe-winning theatre, film and television actor, best known for roles in Iris, for which he won Best Supporting Actor at the Academy Awards and the Golden Globes in 2001, and Moulin Rouge, for which he was awarded a BAFTA that same year. He is also well-known for his portrayal of Horace Slughorn in the Harry Potter films.

Fiona Dolman has been a successful actor on stage and screen for 30 years and currently plays Sarah Barnaby in Midsomer Murders. She has appeared in some of the UK’s best loved shows including: Heartbeat, A Touch of Frost, Holby City, The Bill and Casualty.

Fiona said: “I have first-hand experience of the incredible level of compassionate care and support that hospices provide and I relish any chance to raise awareness and support for Hospice UK, an exceptional and essential charity.

“I was absolutely thrilled to be part of this beautiful evening and delighted that so many people joined our carol service and showed their support for hospice care.” 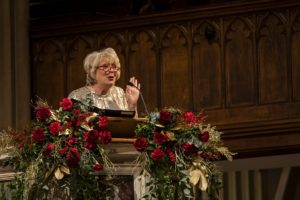 The Christmas carol service raised just over £16k which will go towards Hospice UK’s national work for hospices.

Other readers at the carol service included award-winning actress Alison Steadman OBE, well-known for her television roles in Gavin & Stacey, Pride and Prejudice and Orphan Black; and television journalist Sir Martyn Lewis CBE and a Vice-President of Hospice UK. He has anchored every mainstream national news programme on ITV and BBC over the past three decades, and now works extensively in the voluntary sector.

“Our Christmas carol service was an elegant and uplifting occasion which spread plenty of festive cheer and it was wonderful to have so many great British stars from stage and screen join us.

“We are hugely grateful to everyone who came to our Christmas carol service which raised vital funds to support people with life-limiting conditions and their families.”