CarePeople & Places On the frontline: “We’re in a crisis, but we won’t lose our personal touch” - ehospice

On the frontline: “We’re in a crisis, but we won’t lose our personal touch” 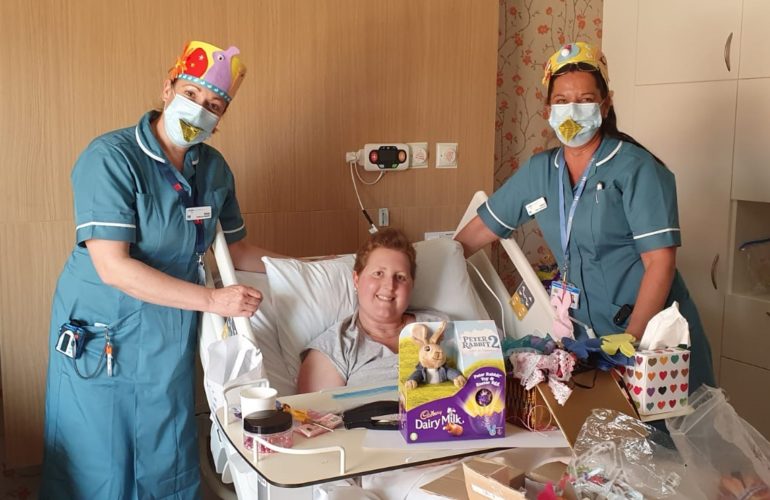 We speak to Havens Hospices Director of Care Ellie Miller about how Covid-19 has changed the way they work.

When Havens Hospice opened its new adult hospice in early March, the culmination of 65 weeks of construction and almost two years of fundraising, no one knew it would soon be dramatically scaling up its capacity to accommodate hospital patients during a worldwide health crisis.

As well as the new Fair Havens site, the Essex-based charity supports children at Little Havens, and people aged 16 – 40 with their community-based service The J’s, in addition to their Hospice at Home team. “All our services are for people with cancer care needs, end of life care needs, symptom control, as well as emotional, social, and psychological support, and respite” Elle explains, before adding “that’s the summary of what we were. What we are doing currently is working very hard.”

At the end of March they cancelled all planned respite breaks for the 176 families with children they support at Little Havens, offering them telephone support instead. The hospice beds are being used by children discharged from NHS hospitals in Chelmsford, Southend and Basildon. “The hospitals cleared lots of wards, theatres and recovery areas to turn them into critical care beds” Ellie explains. “They needed to move people out of the wards to keep them safe because they were vulnerable, but also to create space for the Covid-19 patients they were expecting. It was really important for us to support them in the pandemic response.”

Meanwhile The J’s team of staff including nurses, wellbeing staff, social workers and family support staff, have been redeployed to care for adults at Fair Havens. “When we opened on March 9th, we’d originally planned to stage openings” Ellie says. “Initially we opened eight inpatient beds, and obviously very quickly due to the demand on the NHS we wanted to open 16 beds, so we moved some staff from the day hospice to work at Fair Havens.”

She remarks that she’s impressed by their resilience. “These are people who have never worked in an acute setting, never worn a uniform. I was on a night shift this week staffed by two nurses, our physio who normally works in the day centre, and two healthcare assistants who’ve never been there before, and they all just got on with it, and were really happy to be supporting patient care and doing their bit. I’m incredibly proud of them.”

There is no doubt that the pandemic has totally changed the way they work. “Pre-Covid, we had the luxury of higher nursing ratios – in fact one of the highest staff ratios in terms of care hours per patient in the country, which gives staff more time to spend with them. We would usually have one registered nurse to four patients, that’s how hospices function and that’s why people rate our quality. But we had to change our ratios when we opened the 16 beds because we didn’t have any more staff apart from the people we’d moved around.”

Each day they call into the local hospital and community teams to find out which patients are in the system that could come over to the hospice. “We do whatever we can” Ellie says. “Sometimes we physically go and collect the patients. Sometimes we’ve organised private transfers or taxis to try and reduce the burden on ambulance transfers, and to prevent people waiting around in hospitals where it’s not a particularly safe place to be if you’re vulnerable.”

The cancellation of fundraising events and their shop closures has meant a substantial loss of income, and as a result all their bereavement support staff were initially furloughed. This was a major concern, Ellie explains, “because the reality is that many families won’t see their loved ones before death, and that will have a huge impact in the future on the nation’s mental health.” However since then she’s secured funding from the CCG to create a helpline for both children and adults affected by the death of a loved one either directly or indirectly from Covid-19.

Staff have also been supporting each other, mostly by talking about feelings of anxiety or stress. Some have done mindfulness training, which has been especially valuable to the healthcare assistants working on the frontline.

Ellie explains that they worked over the Easter holiday, when in normal times a lot of staff would have been on holiday, but they went in because they felt it was the right thing to do. “People really go the extra mile here. We’re doing it because we understand that this is a time of crisis, and when we’re through to the other side of this, things will be different.”

“There’s something very unique about hospice care” she continues. “There’s a real sense of family and belonging in the team. I say to staff every day that hospice care isn’t about the building or the resources we’ve got. It’s about who we are as people. It doesn’t really matter whether they’re looking after four patients, 12 or 16, they still deliver personal touches.”

She cites the example of a woman who loved Rod Stewart, so a healthcare assistant found an iPad and played his music for her. “The really personal, hands-on touch with hospice care isn’t lost” Ellie says. “I think there’s a real sense of belonging within the team, and of being all in it together, with people just really looking after each other as staff members. It’s really amazing to watch, and each day it reminds me of the reasons I became a nurse.”