“Our family life now is a bit more normal” 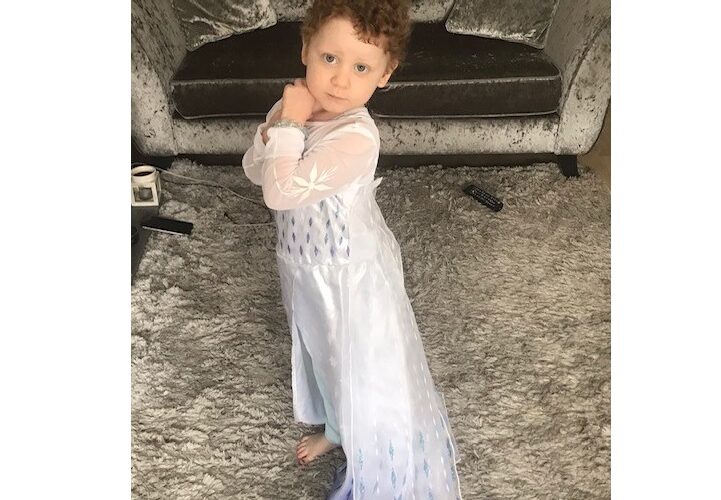 After five-year-old Bonnie was diagnosed with leukaemia in March 2019 she began receiving treatment at hospital. A few months later ellenor stepped in, to provide care at home and help Bonnie and her family live as normal a life as possible.

Bonnie-Louisa Meehan-Lysandrou has Acute Lymphoblastic Leukaemia. She was initially treated in the children’s ward at her local hospital, Queen Elizabeth in Woolwich, however she was later referred to The Royal Marsden Hospital because she needed highly specialised treatment for a fungal infection.

“It was a particularly difficult time” her mum Louise recalls. “Bonnie reacted badly to treatment, and it took some time to work out what her body could and couldn’t handle, which meant a lot of time spent in the Marsden.”

In May of the same year, once a treatment regime was sorted, the ellenor team became involved, with the aim of working in conjunction with the two hospitals to administer Bonnie’s treatments in the comfort of her own home.

For the whole family, which includes dad Jim and elder sister Brooke, ellenor’s involvement meant life became a bit easier. “The ellenor team make a huge difference” Louise says. “We began having a range of ellenor nurses visiting us, and between July and December, they came in every day, including at weekends to administer the infusion of antibiotics that Bonnie needed via a portacath – the portable catheter through which drugs are delivered into her system.

“These days, we have just one nurse, Becky, who’s been coming to us for several months now. Luckily, there has been no reduction at all in the support we’ve received from ellenor, even in lockdown, and Bonnie and Becky have been able to build a really good relationship. I know, too, that I can ring Becky any time if I’ve got any questions or concerns.”

Louise says having Bonnie’s treatment at home has made things easier. “With Bonnie requiring treatment so often in the early days it was great not to have to bundle her up and take her into hospital – her having her treatment at home works so much better.

Becky visits once a week on a Monday to do Bonnie’s blood tests, a quick process that takes around fifteen minutes. “I know that she’ll be coming at around 9.30am, which means I can have applied the special cream she needs an hour beforehand, so that everything’s ready for her when she arrives. It all saves so much time and helps things run that bit more smoothly.

“Bonnie is your typical five-year-old little girl – she’s chatty, cuddly, loves playing princesses and Roadblox on the computer. Having ellenor involved in her care has helped to ensure that she’s able to concentrate on these things, rather than her life and ours being dominated by trips to and from hospital.

“We’ve always felt that communication between the hospitals and ellenor is really good, so everyone knows what’s going on and we always know what’s going on. It means there’s less to worry about. Ellenor’s care has helped us feel that our family life is that little bit more normal.”

Did you know it takes 40,000 dedicated staff, 125,000 volunteers and 1.1 million home visits a year to provide end of life care? Today marks the start of Hospice Care Week, and to mark the week we’re sharing stories that highlight what it takes to give people and their families the care they need and deserve at the end of life, no matter who they are, where they are or why they are ill.