CareResearch Over two thirds of adults have not written a will, new survey finds - ehospice

Over two thirds of adults have not written a will, new survey finds 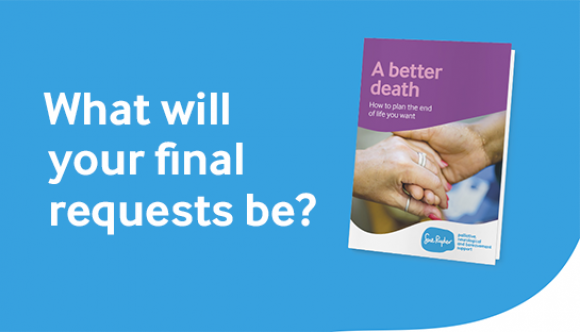 Almost 9 in 10 people know what their last meal on earth would be, however 68 per cent have not written a will, a new survey from Sue Ryder has found.

Less than 10 per cent of British adults have planned their funeral, over two thirds (67 per cent) did not know that they can plan where they want to die, and just 5 per cent have made an advance care plan, a document which outlines a statement of preferences for end of life care.

Seven in ten (70 per cent) hadn’t discussed their death with their loved ones, confirming that the stigma around death and dying remains.

Almost three in five (59 per cent) would want to spend their last day on earth in a familiar space, such as at home or place of worship, and 24 per cent would head straight to the seaside. However the research points out that their final days would likely take place in a hospital, a hospice or at home.

According to the findings, 94 per cent of Brits are clear on whom they would like to spend their final hours with and there were some key differences of opinions between men and women. Almost twice as many women than men would choose to spend their last day on earth with a pet (24 per cent) whilst twice the number of men than women would opt to spend the day alone (8 per cent).

The new research is part of Sue Ryder’s campaign calling on the nation to start talking about death. Heidi Travis, Chief Executive at Sue Ryder, said:

“We all need to start talking about the D-word. Many of us plan for weddings and births, holidays and careers, yet we still shy away from planning for our death.

“Current research shows that only a quarter of deaths will be sudden. The period of time following a terminal illness diagnosis can be short, as well as incredibly emotional so don’t leave it until then to start planning.

“It may be easier to think about our ‘bucket list’ or the songs we want played at our funeral, but by taking the time to think about whether we would prefer to die in a hospice or at home, writing a will, setting up a lasting power of attorney or making an advance care plan; it is possible to plan for a better death.

“We want to encourage everybody to talk about their plans with those close to them. Knowing what our wishes are and being able to support us in fulfilling them can bring great comfort to family and friends.”

“I’d say that talking to your loved ones about what you’d want when you die is one of the most important conversations you could have, but not many people actually have it!

“It’s  not just for my benefit, but I want to be able to give the ones I’m leaving behind the reassurance and peace of mind they’ll need to know that everything I wanted or wished for was put in place so there’s no last minute panic or worry.

“I hope that in that final minute – I have all those wishes met to allow me to have a good death and that my family can be at peace, so they can grieve and go on with their lives, knowing it went as well as it possibly could. I know that when the time comes I’ll be happy, and although my family and friends will be sad, they will always know that this is what I wanted.”