People must make plans for their digital legacies, hospice says 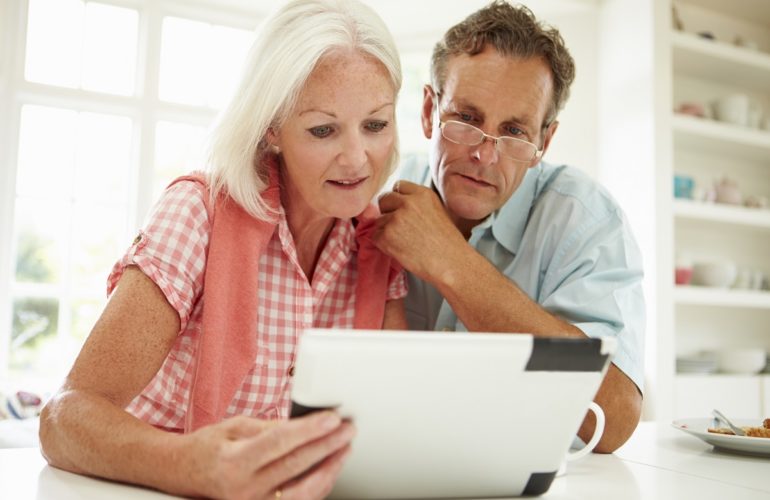 Millions of people have embraced the internet and social media from Facebook to online banking, but 88 per cent have not made plans for their digital legacy when they die.

A survey carried out by St Giles Hospice revealed that more than 40 per cent of people did not know what a digital legacy was, and of those that did, only 12 per cent had planned what to do with all or some of their legacy.

St Giles consultant Jo Clerici, who is organising the ‘Life and Death Online, Social media in Palliative Care’ Conference at the Lichfield hospice taking place later this month, said the results of the survey revealed a need to plan for the future, online as well as off line. She said:

“We surveyed more than 240 people aged 18 upwards, and while 56 per cent of people had made a will, only 1 in 10 people had considered what they would do with their digital legacy.”

For the purposes of the survey a digital legacy was described as including:

“Technology has changed so quickly over the last decade that it is taking a while for us to catch up when planning for the future. This speed of change combined with a reluctance for many people to have open conversations around death and dying have resulted in a situation when many people will not know what to do with some of the most valuable memories and possessions of their loved ones.”

Only 1 in 4 respondents would know what to do with someone’s digital legacy if their loved one died and of those surveyed, less than half would nominate their partner to take care of their digital affairs.

The survey showed photos were the top choice for things that people wanted to keep from their online accounts, which came as no surprise to St Giles PR and social media co-ordinator Jenni Fryer. She said:

“Gone are the days of the family photo album for many people, passed down when someone dies. But it makes it all the more important to preserve the images shared online, through choices about a digital legacy.”

Slightly lower down on the ‘must save’ list were social media updates, messages and emails reflecting the move to living online.

“So many of us now buy everything from houses to car insurance online that there are bound to be documents in our emails which are important to keep. But there is also the fact that for many people, social media updates form an online diary or journal.

“In the case of messages, with so many relationships starting online, they may be the modern day equivalent of love letters but filed in WhatsApp or Messenger rather than wrapped in a ribbon in a box.”

Books, music and films came at the bottom of the list, reflecting the impact of digital streaming and downloads.

“It is unlikely future generations will pass down their music collection or library, because in many cases it actually does not exist in the ‘real world’, just in the cloud where it is streamed from Spotify or downloaded from Amazon. And again it is easy to share at the touch of a button, so there is even less need to pass it on physically.”

For the team at St Giles, which supports people living with potentially incurable illnesses from three sites, the survey will become part of the conversation at the conference, but also with staff who are working with people to discuss issues around end of life choices.

“The importance of digital legacies is only set to increase as more and more people live a large chunk of their lives using the internet. We need to think about our own legacies and what we plan to do with them, and have discussions with the people we care about.”

“It is also a subject that should be on the agenda for palliative care and legal professionals, in fact anyone working with patients and their families at the end of their lives, to help them make informed choices.”